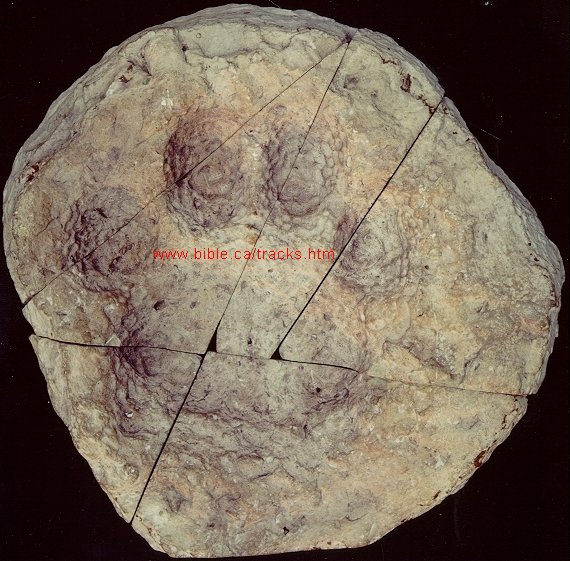 Excavated from a tributary of the Paluxy (known as Cross branch) was the Burdic cat and man tracks.  You’ll notice these have been sectioned  (cut apart).  This was done to verify that they were legitimate tracks and not carvings.  Pressure lines shown in the rock indicate they are legitimate fossil tracks.  Cats were not supposed to have evolved until roughly 6 Million years ago and man within the last million years, yet here are the fossil footprints of both among dinosaur tracks “dated” at 100 million years or older!

Interestingly, the cat that made this track would’ve stood roughly six feet tall (two meters) at the shoulders! ~Chris Lesley