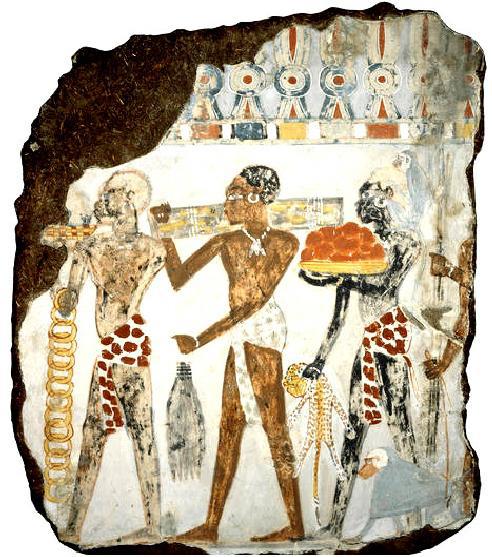 Laopards, like all species, when young have a larger head to body ratio. Large heads are an indication of youth but as you can see this in adult leopards. This leopard haan average head-to-body ratio  which would indicate that it is mature.

The Leopard is Illustrated as an adult and not an infant nor is it a house cat but bears the coloration and markings of a leopard.

Notice that the leopard is held down to the side with the elbow only slightly bent. Even though its held past the hips the tail is above the floor and not touching.

in the writing of my first book. Conclusion: The artist intended to illustrate that some of the inhabitants of Egypt were indeed Giants, and depicted them with Paleoloxodon Antiquus to illustrate what the artist (who is a visual person) saw before his own eyes.