In 1862 Under US Government authority during a turnpike project 8 miles sw of New Castle giant sized native skeletons were uncovered with burial relics, under orders these giant skeletons were taken.

In the construction of a turnpike eight miles west and south of New Castle native skeletons were disturbed.

Much of the roadwork would be haulted and cost money, some states overlook any archaeological, or paleontological finds in order to keep on schedule.

Fritz Zimmerman: The Nephilim Chronicles, Angels of the Ohio Valley 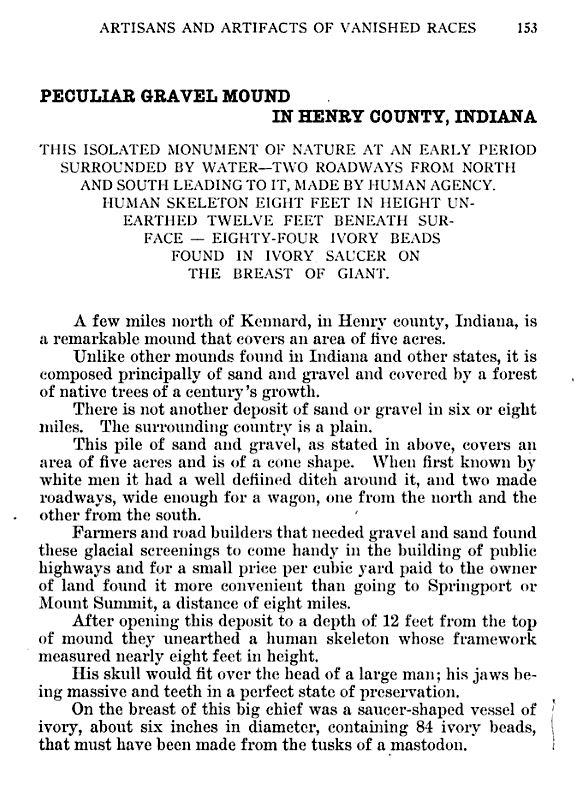 GIANTS BONES UNEARTHED
HORNS ON THE SKULL OF SKELETON FOUND IN INDIANA
Journal Special Services
Knightstown, Indiana. December 5. – Bones of a primitive giant have been unearthed by Alonzo Lewis, a farmer living near Sulphur Springs. The skeleton is more than seven feet in length and the skull has horns about an inch and a half long, projecting upward from a point just behind the ears. Several similar skeletons have been found here in the past few weeks. All the peculiar bones were found in a gravel pit on the Lewis Farm.