Fond du Lac, Wis., June 6.-[special.] An Indian skeleton was dug up on the farm of Matt and Joseph Leon, one mile south of St. Cloud, Sunday. There is nothing strange in finding an Indian- Giant Bones at Fond du lac. 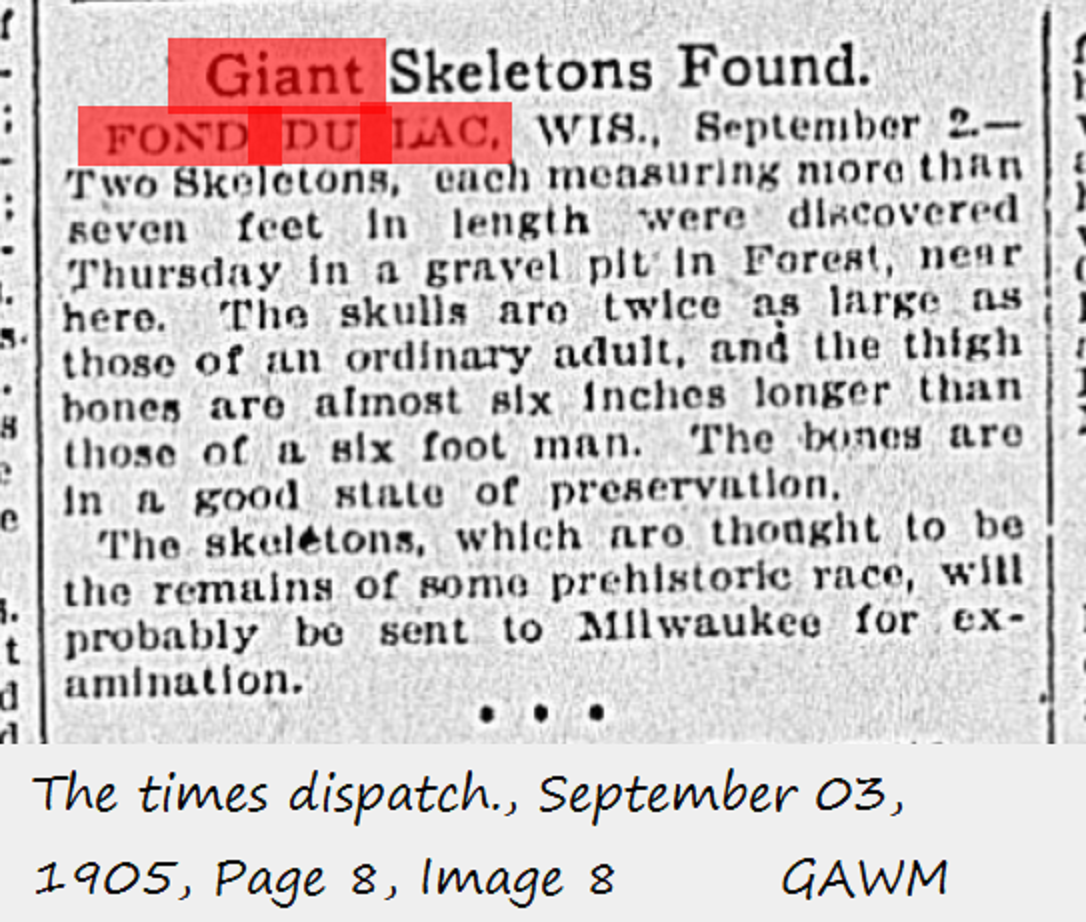 Giant Skeletons Found.
FOND DU LAC, WIfi., September 2.?
Two Skeletons, each measuring more than
seven feet In length -.vere discovered j
Thursday In a gravel pit In Forest, nenr
hero. The skulls aro twice as large os j
those of an ordinary adult, and the thigh
bones aro almost six Inches longer than
those of a six fool man. The bones aro
In a good stalo of preservation.
Tho skeletons, which aro thought to bo
the remains of nomo prehistoric rnce, will |
probably bo sent to Milwaukee for ex?
amination.

“The skulls are twice as large as an ordinary adult” This statement says a lot. The average cubic capacity for a skull is about 1400 cc’s. Some of the Elongated skulls from South America are 2200 to 3200 cc.s.