There are many Giant Females found in historical records, like the tribes of Amazons, These examples are much larger than the average woman. Another form of evidence lies in Anthropology, giant skeletons of a feminine variety testifying to greater ancestry.

A giant skeleton of was found of an Alaskan woman, from one of the Aleutian Islands, an island named Architka.  The removal was overseen by an Army Air Force Chaplain . The Air Force Chaplain turned over the Giant Architka Skeleton to the State college in Pennsylvannia 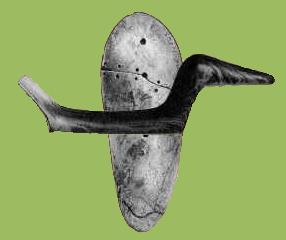 The skeleton was found in a refuse pile at a debt of five feet. Captain Cecil C. Cowder, from Bigler, Clearfield County, central Pennsylvannia excavated the giant Architka skeleton with it were many objects made from bone: harpoons, shanks, and bone pieces. Found with the body were also various stones, and stone blades.

Important finds like this fall into the possession of State or Federal Institutions where “they” are sifted from the public view, and/or the institutions are completely incompetent.

(More on this finding will be revealed in the future)  notice: This article is a complete rewrite, and is owned by GAWM.

Its good to see all of the different examples of giant woman in the fossil record as well as giant men. These questions come up over and over. The skeptics look for any hole that might disprove the evidence for giants. No such luck, greater ancestry answers all these questions and all it takes is time to do a little research and witness the answers to these questions.