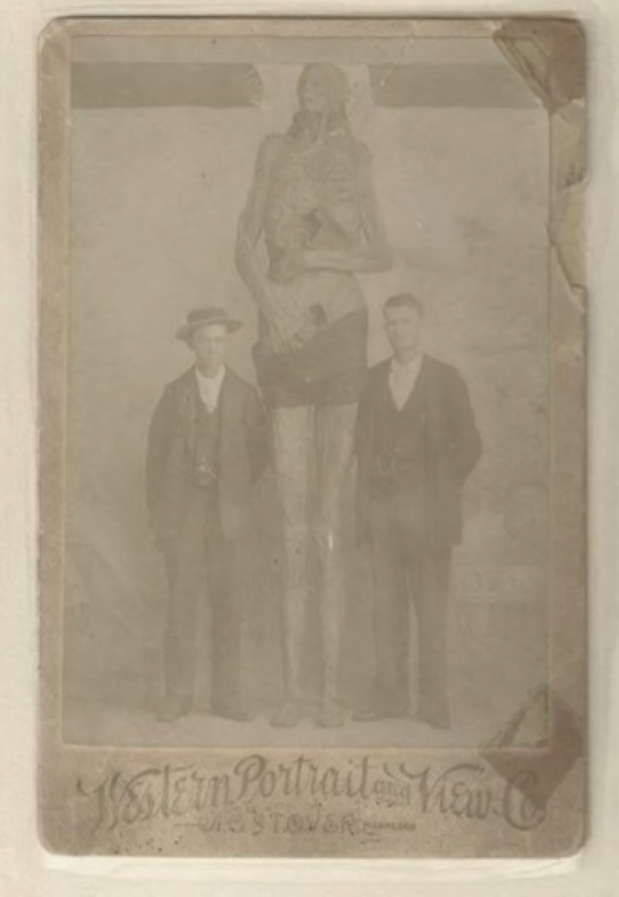 James Norris brought this to the attention of Jim Vieira.

“His grandfather claimed to have unearthed this in Gage County Nebraska. He took it and got a portrait of it with his friend, he said, William Norris on the right was 6 feet tall, and they unearthed this 9 foot mummy. The family claimed that it was a real find. Jim Vieira and Hugh Newman found another 9 foot mummy account from Nebraska as well.

Gage County is a county in the U.S. state of Nebraska.  The county was created in 1855 and organized in 1857. It was formed from land taken from the Otoe in an 1854 treaty. The county was named for W.D. Gage, a Methodist minister.