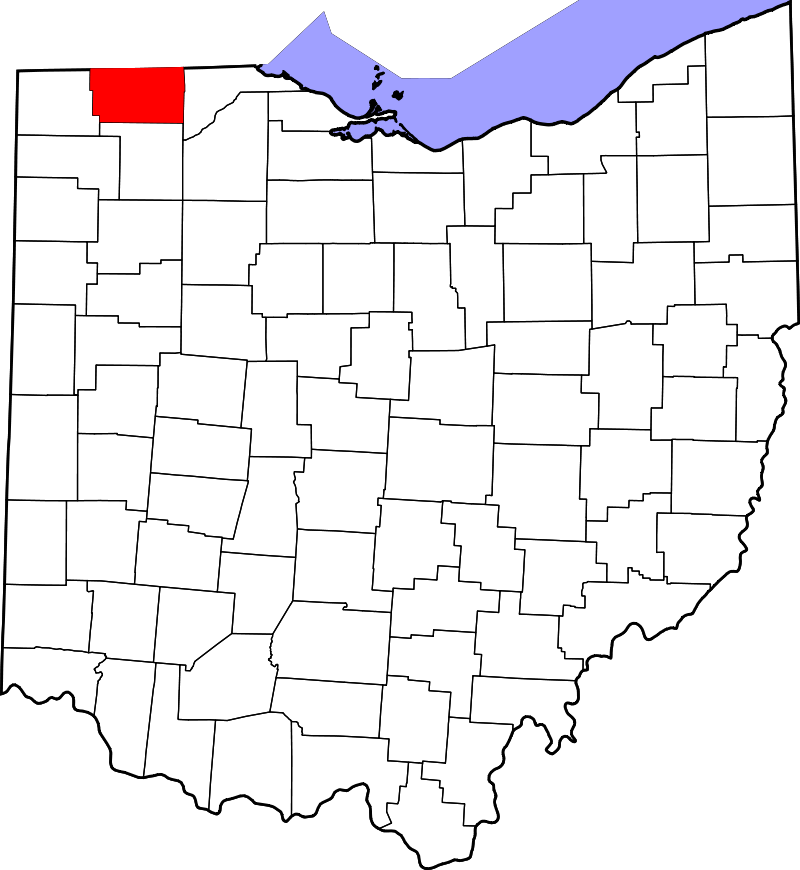 The county was created in 1850 with land from Henry, Lucas, and Williams counties and is named for Robert Fulton, inventor of the steamboat.

Of the works examined in this county, those most worthy of mention are situated on the farm of the late D. W. H. Howard, in section 9, Pike Township. These mounds were explored during the summer of 1892. These mounds are in a group of twelve in number, of which eleven are located and clearly identical and the site of the twelfth is plainly indicated. . . The mound mentioned as being located in the public road is, as stated above, entirely obliterated, but in an early dat Col. Howard found in its center a circle of stones about four feet in diameter, containing within the circle about a bushel of charcoal and ashes. . .  Nearly all of these mounds were opened and examined by judge Handy, and the report of two of them we will give in the Judge’s own language,

“Sandy soil, light yellow sand: about eighteen inches from surface found longest thigh bones yet discovered no trace of fire, no disturbance of soil here to the fore-bones crumbled on exposure, highest of the mounds found near skeleton with his head to the north, lying on his back and limbs extended near him, found skeleton no. 2, with head to the east and lying on his face. Both being large men.

About another mound in this group it was written: The part of the skull above the nasal bones was well preserved, and compared with the skull of an Indian found intrusively buried in neighboring mound, was a distinctly different type of man.