Fossil remains of a giant iguana 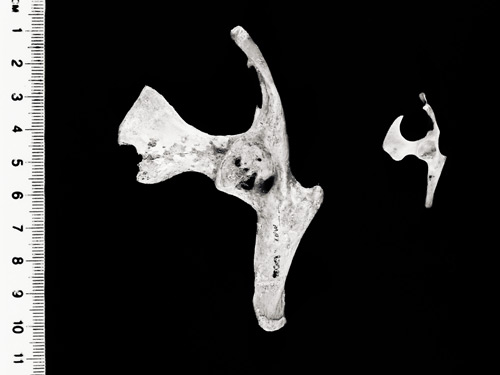 The pelvic bone of this greater ancestral iguana is pictured here with the much smaller pelvic bone from a still-living iguana weaker descendant. The giant iguana’s remains were found in sediments on the main Fijian island of Viti Levu. This iguana would have measured around half a metre from the tip of its snout to its vent. This animal is the direct ancestor to living iguanas, no side branches no common ancestry just a step in its grand lineage.