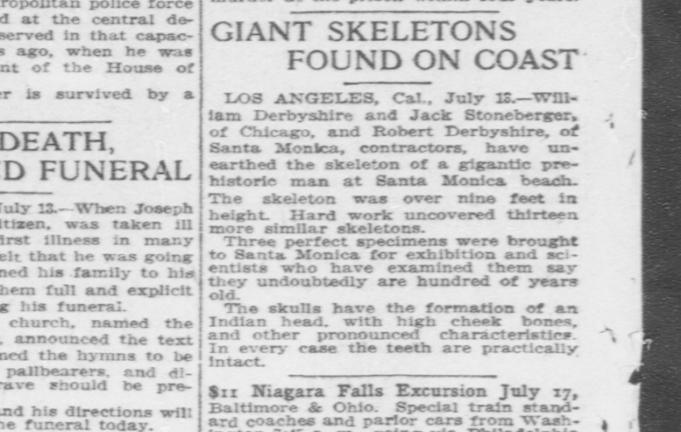 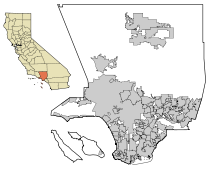 Santa Monica:  fourteen nine foot skeletons were found . LOS ANGELOS, Cal., July 13, William Derbyshireand Jack Stoneberger of Chicago, and Robert Derbyshire, of Santa Monic, contractors, have unearthed the skeleton of a giant prehistoric man at Santa Monica Beach. The skeleton was over nine feet in height. Hard work uncovered thirteen more similar skeletons. Thee perfect specimens were brought to Santa Monica for exhibitions and scientists who have examined them say they are undoubtedly hundreds of years old. The skulls have the formation of an Indian head. with high cheek bones, and other pronounced characteristics. In every case the teeth are practically intact.

As an artist i am a visual person. I do work in all forms of art both 2 dimensional and 3 dimensional. So for the other artists and visual people i think that the above types of imagery solidify this story from such a prestigious publication even if the actual fossils were put away to promote an anomalous theory like evolutionism. There has been some people that interpret the text to mean that the tallest was over 9 foot, of coarse not all were exactly 9 foot but from the textural reading i gathered that similar keletons meant that they were in the 9 foot area. I did not deviate much from the size of the skeletons but if you look closely you will see that all the giant skeletons vary in height. However, if you find other documentations that better express the differences in heights i will be glad to change the imagery to better suit the facts. thank you