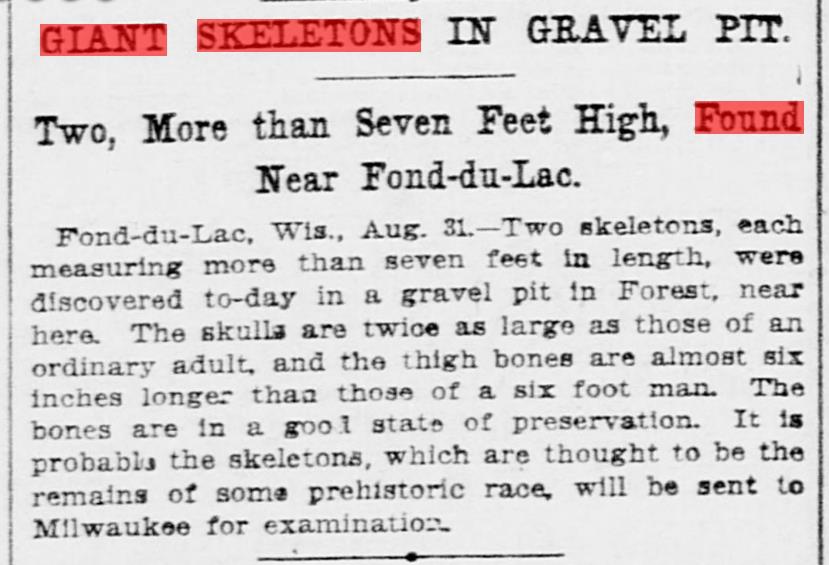 FOND DU LAC, Wis., Aug. 31. –
Two Skeletons, each measuring more than seven feet In length, were discovered today in a gravel pit in Forest, near hero. The skulls are twice as large as those of an ordinary adult, and the thigh bones are almost six Inches longer than those of a six fool man. The bones are in a good state of preservation.
The skeletons, which are thought to be the remains of name prehistoric once, will probably be sent to Milwaukee for examination. 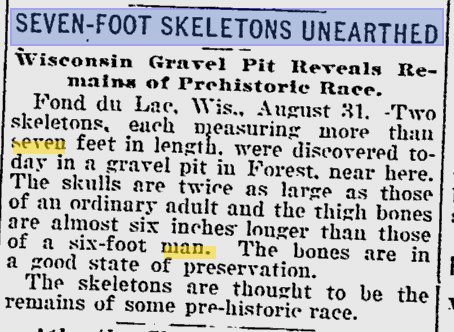 “The skulls are twice as large as an ordinary adult” This statement says a lot. The average cubic capacity for a skull is about 1400 cc’s. Some of the Elongated skulls from South America are 2200 to 3200 cc’s.