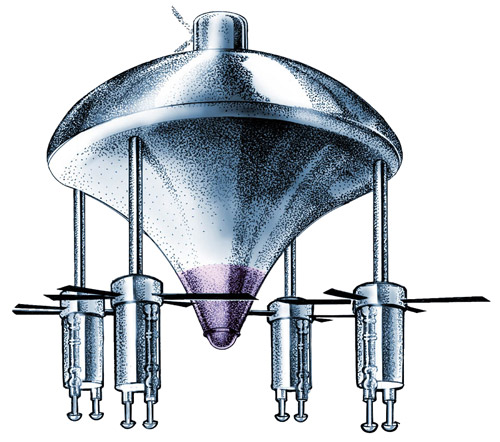 As I looked, behold, a stormy wind came out of the north, and a great cloud, with brightness round about it, and fire flashing forth continually, and in the midst of the fire, as it were gleaming bronze. And from the midst of it came the likeness of four living creatures. And this was their appearance: they had the form of men, but each had four faces, and each had four wings. Their legs were straight, and the soles of their feet were like the sole of a calf’s foot; and they sparkled like burnished bronze. Under the wings on their four sides they had human hands. And the four had their faces and their wings thus: their wings touched one another; they went straightforward, without turning as they went.

Such was the appearance of the glory of the LORD. And when I saw it, I fell upon my face and I heard the voice of one speaking.