We next went to the farm of Henry Gonzer in Fairfield Township, there a mound was overlooked a small lake, which is gradually fillingin from the wash

of the surrounding hills. The mound is now nearly obliterated by cultivation.

We were informed by Mr. Gonzer that it was opened about 20 years ago, 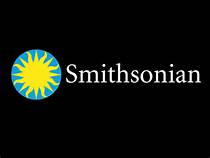 when the skeleton was found the thigh bone of which was as long as his leg, and the skull as large as a half bushel measure. We dug a little below the surface, and found a few bones, among which was a broken thigh bone of ordinary size.