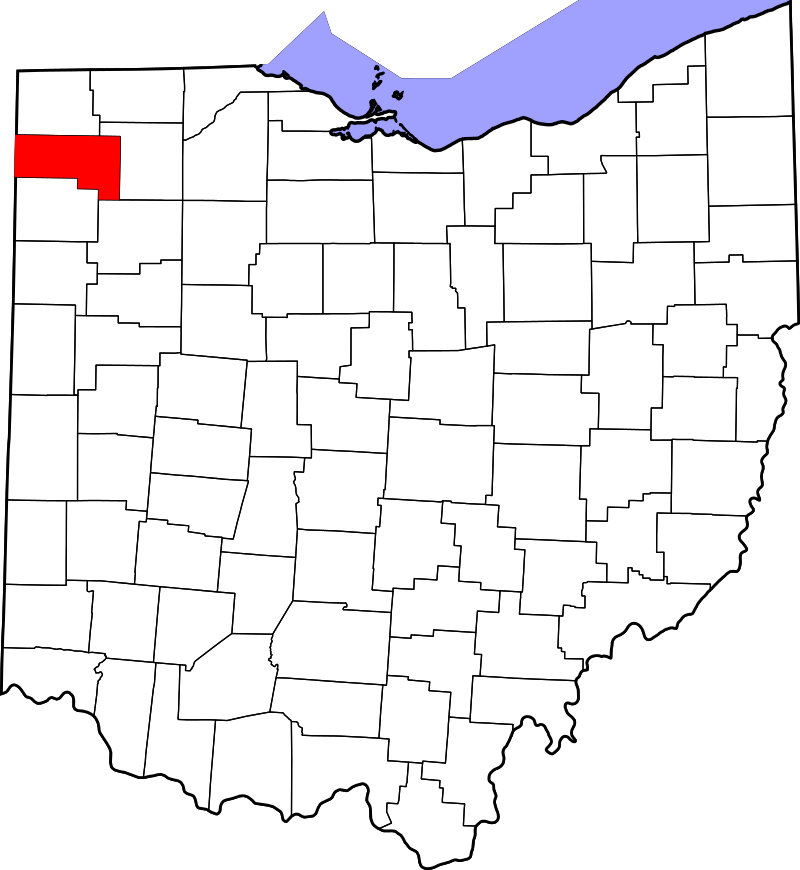 The county was named after an early Army fortification, Fort Defiance, which was so named by Mad Anthony Wayne to signify the settlers’ “defiance” of the Indians.

A mound was found on the high south bank of the Maumee River, a few roads west of the middle north and south line of section 20 and seven of Defiance Township. . . This mound was about four feet above the surrounding land, about thirty feet in diameter. Brice, who gave the writer this information, opened this mound in the year 1824. A small quantity of bony fragments were found which readily crumbled between the fingers upon being handled. Human teeth were found, some of which were of large size.