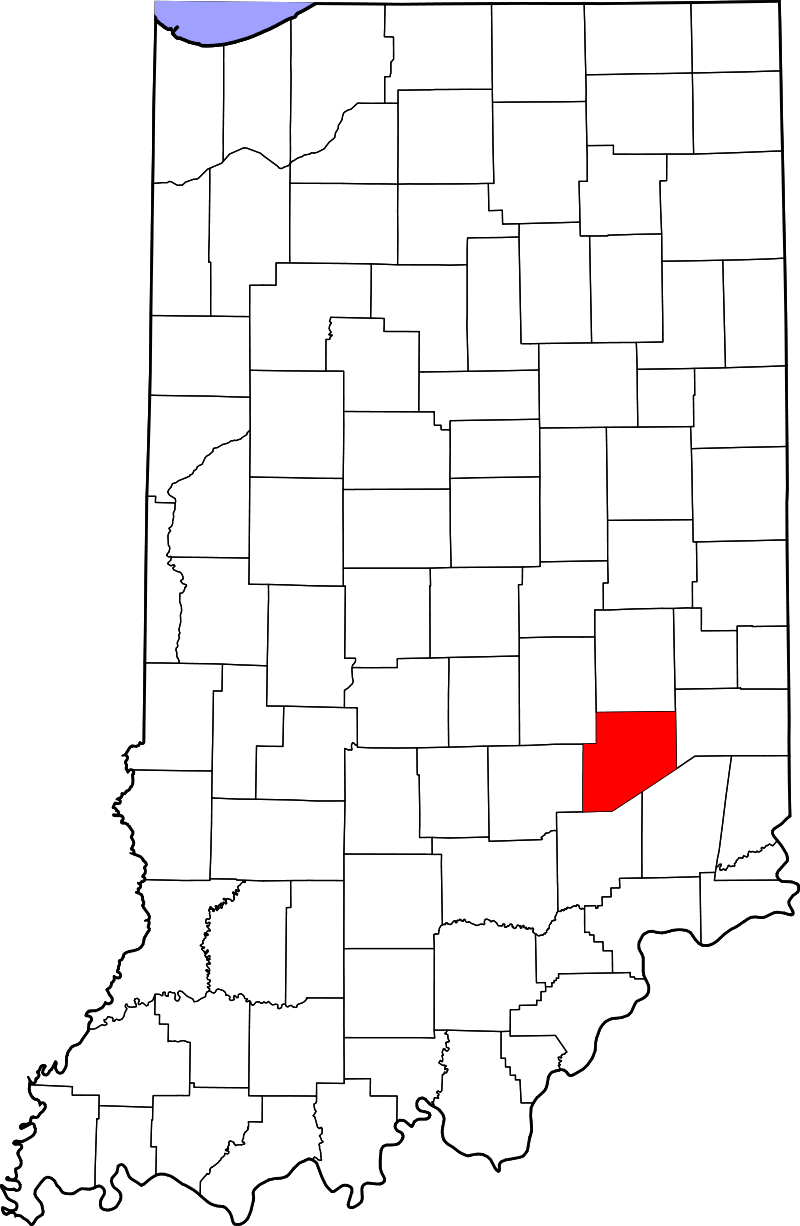 Decatur County was formed in 1822. It was named for Commodore Stephen Decatur, Jr., naval officer in the First and Second Barbary Wars, and in the War of 1812.

On the bottom of Big Flat Rock, in the Northwest corner of Decatur County, is a mound about 80 feet in diameter, and eight feet high, originally covered with trees, like the forest around. An excavation was made into it a few years since. Firs there was a mixture of earth, sand and gravel for one foot, then dark earth, charcoal lime and burnt pebbles were cemented together so as to be penetrated with difficulty; then a bed of loosed sand and gravel mixed with charcoal; then were found the bones of a human being, in a reclining position, with a flat stone over the breast and another under the skull. Most of the bones were nearly decomposed, but some of them, and part of the teeth, were quite sound. From the size of such bones of the skeleton as remain, it must have once been of gigantic size. A short distance form this mound is a smaller one , which contains a great number of skeletons.