Nowlin Mound is a pre-contact mound site in eastern Indiana in Dearborn County. It is one of the first systematically excavated mounds in the state of Indiana, and the proceedings were well documented by Glenn A. Black, who led the team of Midwestern archaeologists.

There is a large mound in Mr. Allen’s field about twenty feet high, sixty feet in diameter at the base, which contains a greater proportion of bones than anyone I ever before examined, as almost every shovel full of dirt would contain several fragments of a human skeleton. When on whitewater, I obtained the assistance of several of the inhabitants for the purpose of making a thorough examination of the internal structure of these monuments of the ancient populous of the country.

We examined from fifteen to twenty, In some, whose height was from ten to fifteen feet, we could not find more than four to five skeletons.

In one not least appearance of a human one was to be found. Others were so full of bones, as to warrant the belief that they fully contained at least 100 dead bodies of children of different ages and the full grown, appeared to have been piled together promiscuously.

We found several skulls, leg and thigh bones, which plainly indicate their possessors were men of gigantic stature. 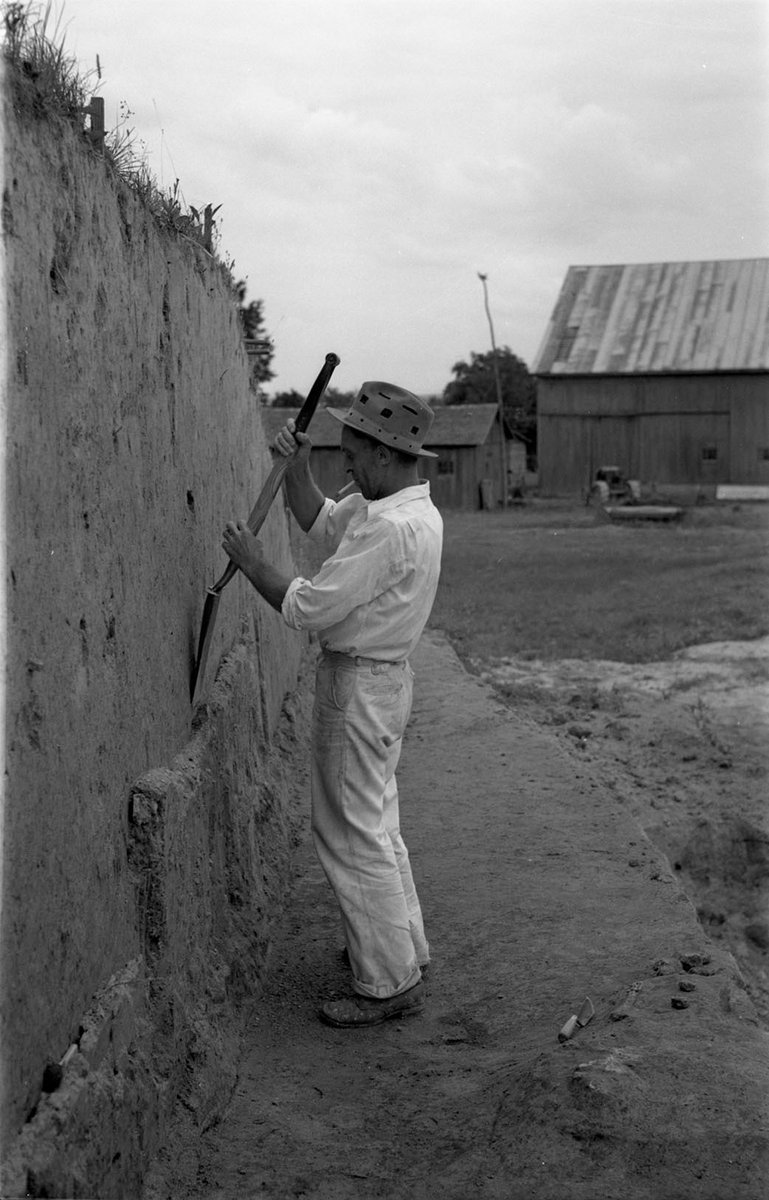 The skull of one skeleton was one-forth of an inch thick; and the teeth were remarkably even, sound and handsome, all firmly planted. The fore teeth were very deep and not so wide as those of the generality of the white people. Indeed there seemed a great degree of regularity in the form of the teeth in all the mounds.

A large skeleton was revealed in what was called the Nowlin Mound, in Deerborn County 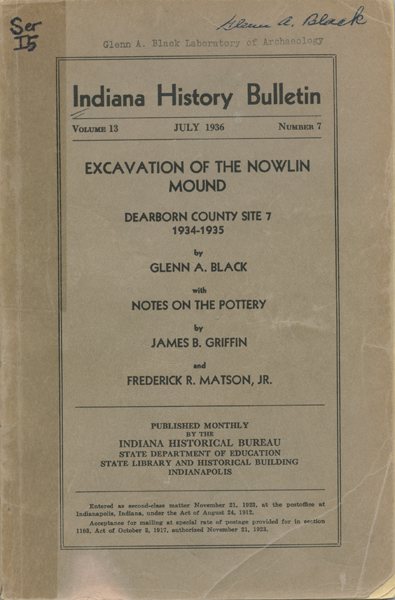