During the Crusader era, Hand grenades were used  with Greek Fire inside, the deadly weapons of mass destruction made modern warfare seem ancient. There were many styles of grenades and many uses. 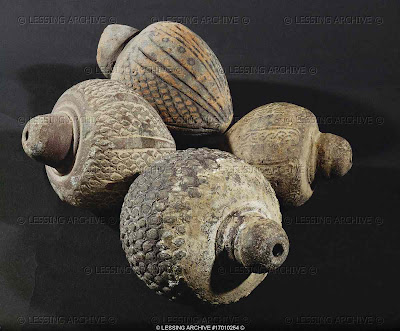 The first grenades appeared and soldiers learned that Greek fire could not only be thrown by flamethrowers at the enemy, but also in stone and ceramic jars. Later, glass containers were employed.  Hand grenades with Greek fire in the 10th to 12th centuries are on display in the National 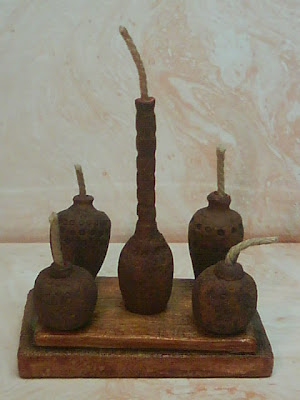 Museum at Athens. The use of Greek fire, or rather variants thereof, spread to armies in the Near East, from where it reached China by the 10th century.
Hand grenades filled with Greek fire; surrounded by caltrops. (10th-12th c. National Historical Museum, Athens, Greece)Some medieval petards were small enough to be employed against enemy troops and be considered as primitive hand grenades.

5 handgrenades, so-called “Greek Fire”, used by the defenders of Constantinople against the Turks. Late 15th, from Constantinople filled with Naptha equivalent to small incendiary grenades
http://gilbert1986.blogspot.com/2011/01/byzantine-greek-fire-hand-grenade.html