CRAWFORDSVILLE, Ind., Oct. 26,- In a gravel pit along the high bluffs of Sugar Creek tw

enty-five giant skeletons have been exhumed, and the

unburying of these mammoths bo

nes is still going on.

The last skeleton taken out measured seven feet in length. The femur and the pelvic bone are twice as large as those of an ordinary man. The grinning skull contained  a perfect set of teeth,with an enamel as beautiful as p 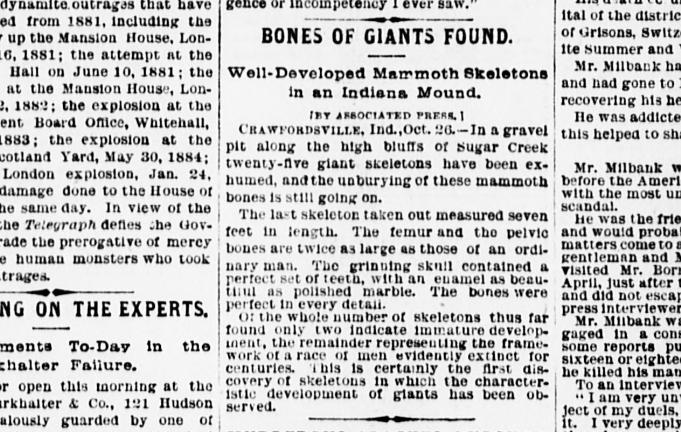 olished marble. The bones were perfect in every detail. In the whole number of skeletons thus far found only two indicate immature developement, the remainder representing the framework, of a race of men evidently extinct for centuries. This is certainly the first discovery of skeletons in which the characteristic developement of giants has been observed.