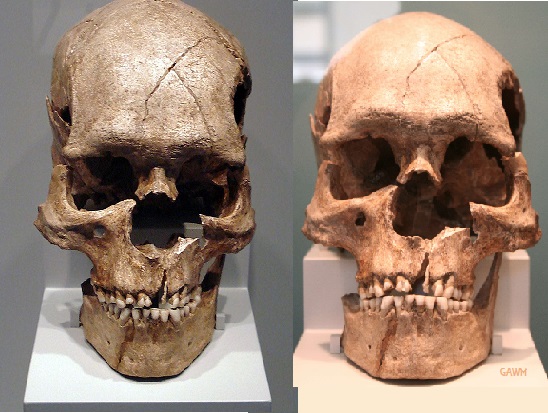 Yet Another French Giant Giant Skull

Giant Skull from France. Combe-Capelle is a Paleolithic and Epipaleolithic site situated in the Couze valley in the Périgord region of Southern France. There seems to be a difference of opinion on whether the excavations were carried out by either Henri-Marc Ami, swiss archaeologist Otto Hauser. The burial was of a man who died between 40-50 years of age. He was buried in a shallow pit with numerous grave goods, including a necklace of perforated shells. Giant Skull 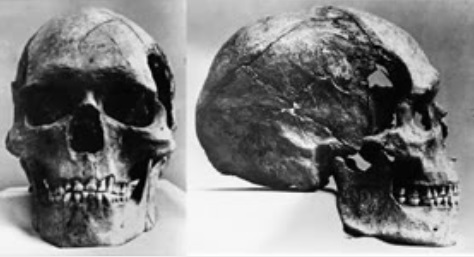 Early skulls are longer from back to front, slightly more to greater capacity (1,500 cc +), with large brow ridges. Generally a more powerful skeletal structure.  The skull is 17 centimeters in length which is above average for an adult male. A  study (1957) of the fossil showed that this elderly man walked upright. Researchers point out that there are people alive today who have the same general characteristics as this fossil man. The skulls contain modern and greater maturity in its features.  “The scientific treatment of Neanderthals over most of the past century has been nothing short of scandalous.” 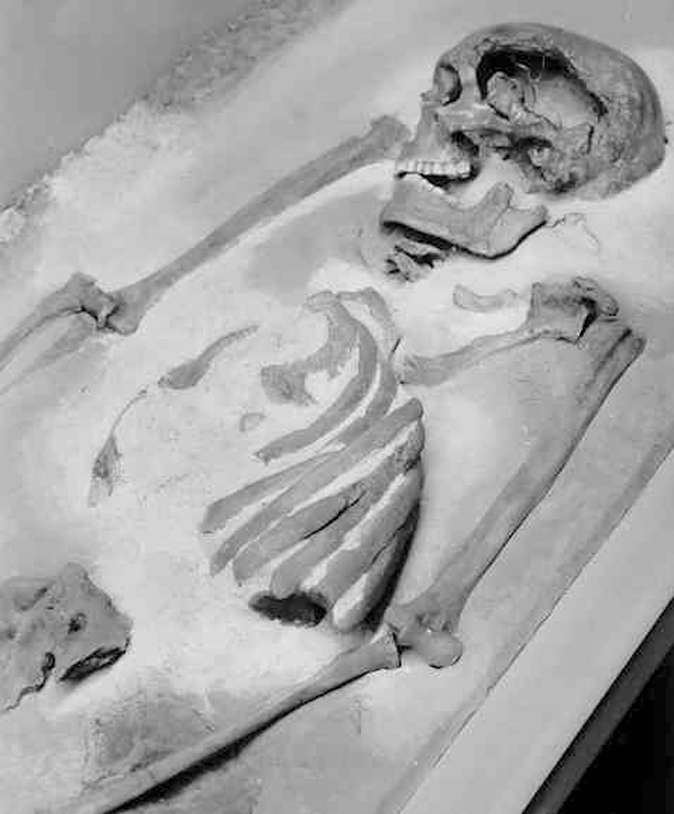 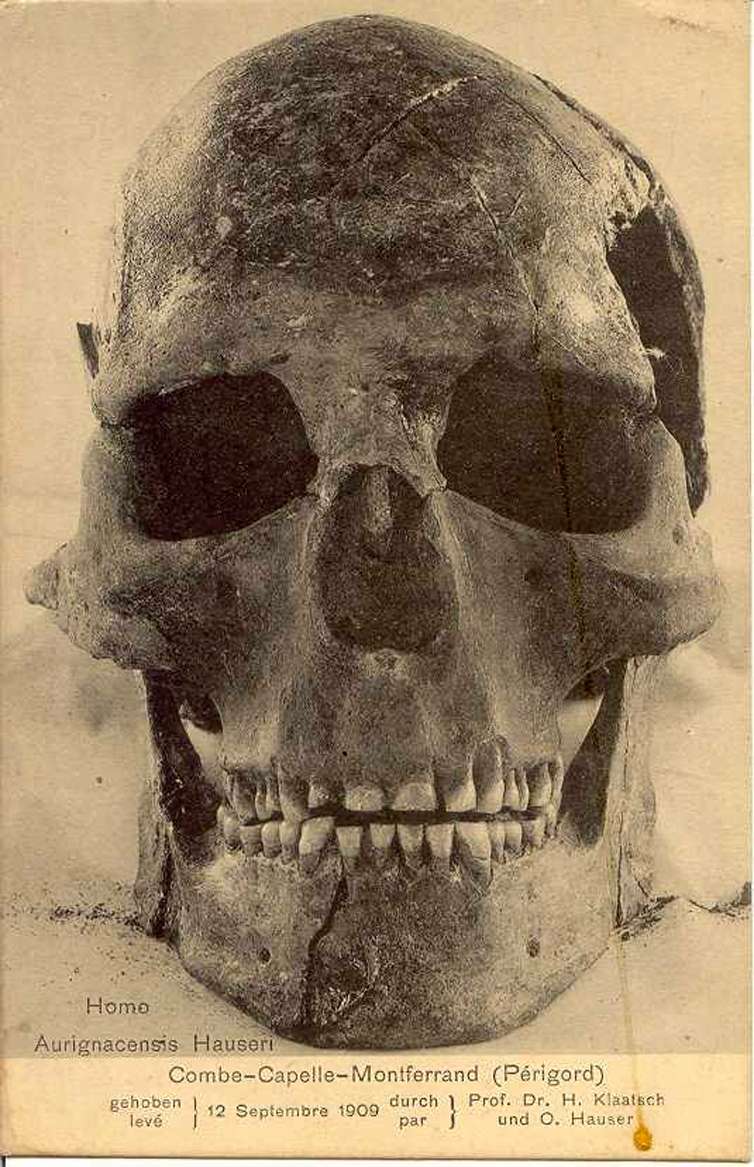 You can see where the teeth of the skull have been filed down to almost nothing. This giving the illusion that the skull is smaller than it is. The original length, before being hand filed down to the gums would have given the skull height another centimeter. This skull is not the exception but the rule on Neanderthal skulls.

The chins are often filed down as well as we all know that evolutionary theory requires “false-positives” for evidence. You can read more about this through Jack Cuozzo, a brilliant scientist and devolutionist who has exposed much of the academic tampering. Some will defend, and make light of this tampering to protect their beliefs. Faked evidence is fine if its approved by peers, or no one catches it, that is acceptable in the absence of actual evidence. The skull is above average so the further they push the date backwards actually pushes an oversized skull that doesnt fit in the onwards and upwards climb from pond scum in evo story-telling.