A Claymore MORE than six feet 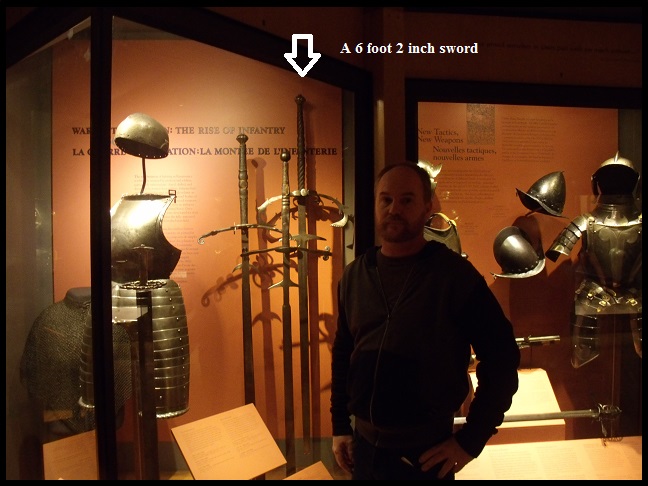 A Claymore MORE than six feet

I am amazed with evidence for giants that go unnoticed and undetected right before the eyes of the public. These sword are immense! They are too large for modern man, too large to fight one opponent much less in a battle.

In a battle: speed, stealth, and most of all initiative are necessary, the most necessary components of war. A person holding an oversized weapon is of NO use in battle. Claymore

These are to-size weapons and history records great men, giant men, so why are we are we surprised to find giant weapons for giant warriors. Claymore

If a small man possessed these weapons that’s all he did was possess them. A much larger opponent used these to-size weapons and then later were taken by their smaller captives. Claymore

In each of the countries where these weapons are common, the armies fought giants, the stories of Giant Vikings, Giant Sea peoples, and Giant Barbarians were the original owners of these weapons. These weapons are a testimony that people were indeed greater in the past in every way.

This giant weapon is located at the Toronto Museum.

I am the modern average height and weight five foot eight inches and one hundred and seventy five pounds, and this sword is significantly taller than I am. It is inconceivable that a average person could wield this weapon, its not a weapon for an average person, it is a giant weapon.