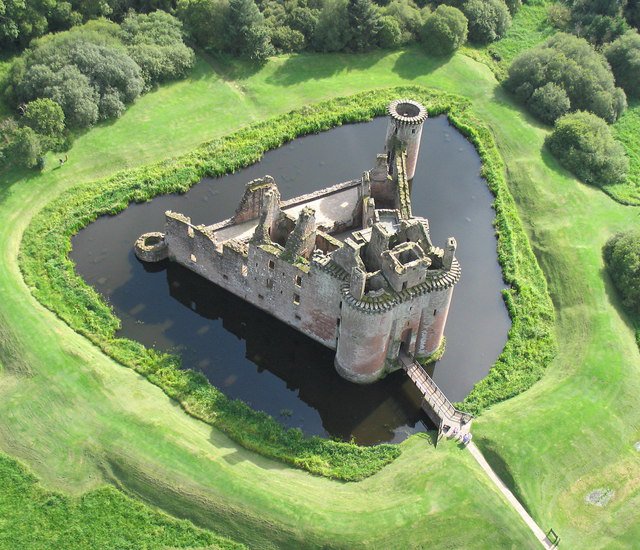 Medieval Castles were more than just large fortresses with massive stone walls. They were ingeniously designed fortifications that used many brilliant and creative ways to protect their inhabitants from attacking enemies.

A lot of thought, ingenuity, and planning went into the design of Medieval Castles.

Everything from the outer walls to the shapes and location of stairwells were very carefully planned to provide maximum protection to the inhabitants. Here are some of the unique and lesser-known secrets of medieval castle designs. 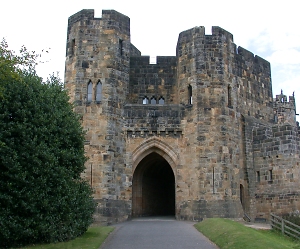 Access
The entrances to castles were, from a very early age, recognised as their weakest spot. This, along with the need to encompass surrounding buildings and allow for space to accept refugees from neighbouring towns created the need for concentric castles with walls getting progressively smaller.

The attackers would not only have to make more breaches but the design of the walls could force them into areas where they could be massacred. It is here that we come across terms like the barbican which is a walled courtyard in front of the castle gateway.

Defensive Architecture
This covers drawbridges, spiral staircases, killing grounds, machicolations and loopholes or meurtrieres to name but a few. These developments tend to be refinements which continued to develop well into the 15th century and were largely common where ever the castle was built.

The Moat – A moat, which is a body of water that surrounds a castle, is often thought of as a water obstacle that had to be crossed; but this wasn’t the primary function of a moat.

One of the biggest concerns of the inhabitants of a medieval castle or fortress was the fear that an invading army would dig tunnels under the fortification.

This tunneling could either provide access to the castle or cause a collapse of the castle walls. A moat prevented this because any tunnel under the moat would collapse and fill with water.

It was a very effective deterrent against tunneling. Often times the moat wasn’t even on the outside of the castle. It was on the inside between the outer wall and the inner wall.

Concentric Circles of Defense – This was an extremely effective method of defense for the inhabitants of a Medieval Castle. It was a series of obstacles that started on the outside of the castle and worked their way in.

It was usually a progression like a cleared field, an outer wall, a moat, an inner wall, a keep and then a strong hold tower. An attacking army would have to overcome each of these obstacles one at a time. And this took a lot of time and effort to do. 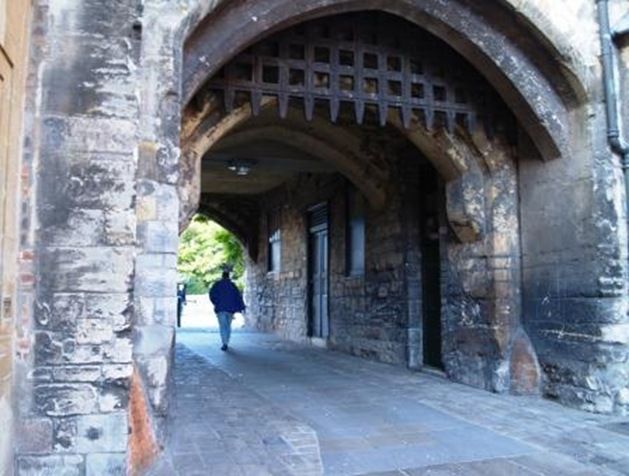 The Main Gate as a Death Trap – The main gate of a castle was often the most dangerous place in the castle because it was also a deadly trap.

The walls of the courtyard had small holes called death holes where the defenders could fire arrows and other projectiles at the trapped attackers. 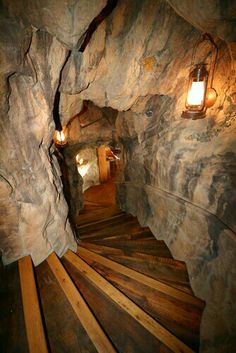 The hidden secrets of Stairwells – Stairwells were often very carefully designed in Medieval Castles. Stairwells that curved up to towers often curved very narrowly and in a clockwise direction.

This meant that any attackers coming up the stairs had their sword hands (right hand) against the interior curve of the wall and this made it very difficult for them to swing their swords.

Defenders had their sword hands on the outside wall, which meant they had more room to swing. Another ingenious design of stairs was that they were designed with very uneven steps. Some steps were tall and other steps were short.

The inhabitants, being familiar with the uneven pattern of the stair heights could move quickly up and down the stairs but attackers, in a dimly lit stairwell, would easily fall and get bogged down in the stairwells.

This made them vulnerable to attacks and slowed their attacks down significantly. You can see more of Will’s work here All Things Medieval

Secret Passages – What Medieval Castle would be complete without secret passages?

Many castles had secret passages and they served a variety of purposes. Some passages were designed to open up a distance from the castle so inhabitants could escape during an attack or get supplies in and out during a siege.

Secret passages also led to secret chambers where people could hide, supplies could be kept or a well for water was dug. 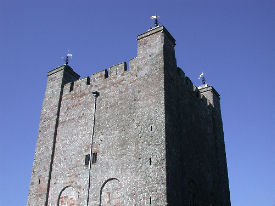 Castle Towers and the Development of Castle Keeps
Towers (or keeps) are the central part of any defensive castle plans. Often round and hollow they would have living quarters on the upper floors. If they were part of a town wall or an outer ring then the rear of the tower would often be open.

The largest tower was probably at Caernarvon castle which was 21m in diameter. Generally castle towers were half this size. A rectangular tower or keep suffered from the dead ground at its angles which effectively became a blind spot in the defences and laid it open to mining as at Rochester castle.

Castles in France probably developed solutions to this quicker than anywhere else. The round defences at Houdan (approx. 1110 AD to 1125 AD) being probably the first significant change.

Although polygonal keeps were quite rare in France the round tower was adopted much more quickly. Strangely round towers or keeps were developed much later in England.

Castle Location
In many instances the site itself would determine and even limit the castle plans. For example, Bamburgh Castle on the Northumberland coast was built on a very high ground overlooking dunes and the North Sea, hence its design and fortifications were built around the pros and cons of the location. Another example is Conwy Castle in North Wales where the plans were restricted by the rocky outcrop it was built on and led to a design which has been likened to an hour glass. As a direct comparison to the latter, Beaumaris which was built on marsh land by the sea on Anglesey had no such restrictions. The castle plans for Beaumaris allowed for a beautifully proportioned concentric castle. List of concentric castles in England and Wales

A medieval castle was more than just a large glamorous palace with massive stone walls around it.

A medieval castle was a structure that was totally designed right down to the last detail with the protection of its inhabitants in mind.

If you ever visit a medieval castle and you notice that the stairs are very uneven you will know that it wasn’t because the builders couldn’t measure out steps evenly.

It was just that this is a little secret of the builders of the castle.