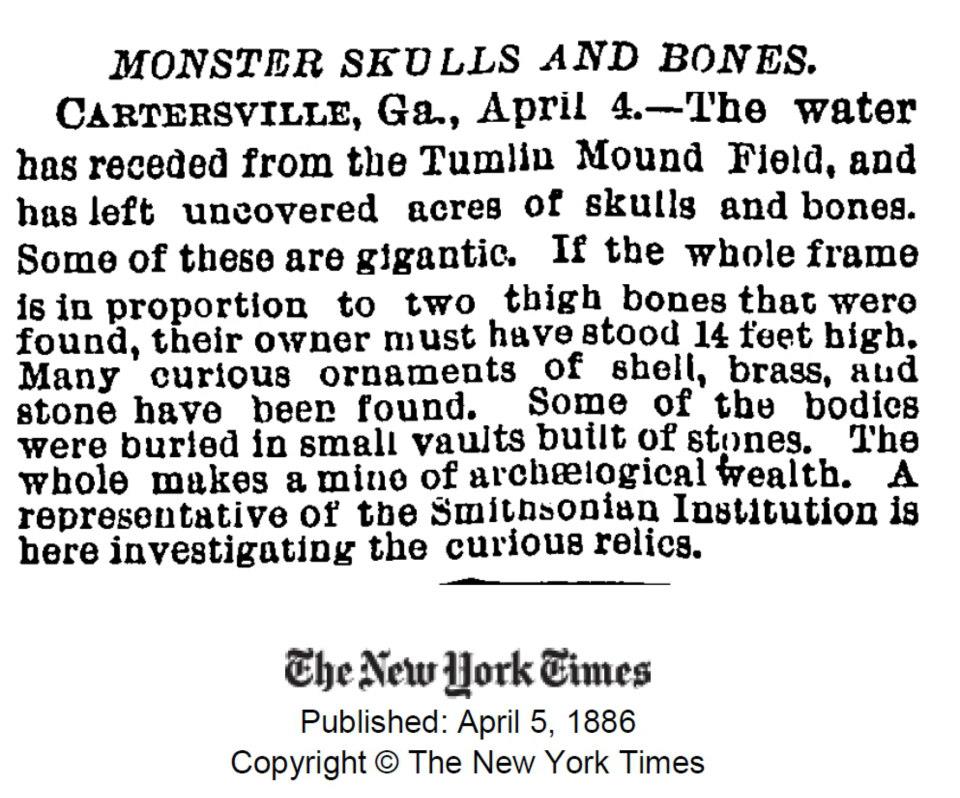 Cartersville, Ga., April 4.-The water has receded from the Tumlin Mound Field, and has left uncovered acres of skulls and bones. Some of these are gigantic. If the whole frame is in proportion to two thigh bones that were found, their wner must have stood fourteen

feet high. Many curious ornaments of shell, brass, and stone have been found. Some of the bodies were buried in small vaults built of stones. The whole makes of mine of archaeological wealth. Cartersville 14 foot giants

A representative of the Smithsonian Institution is here investigating the curious relics. 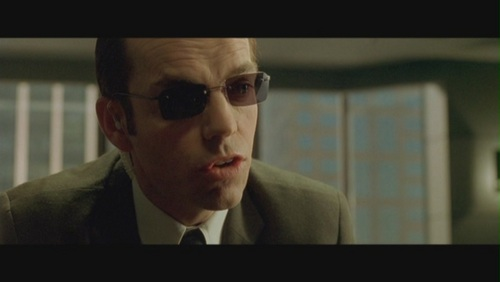 There is another organism on this planet 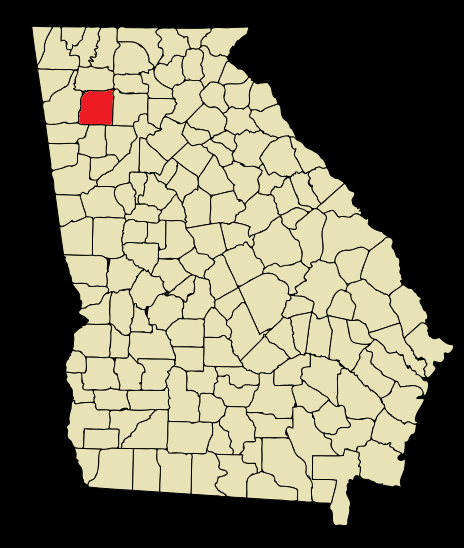 In the article we side with the New York Times, we believe that the journalism is accurate and sound because there is a consistency in theme with other journals. To believe that the New York Times is being deceptive or incompetent is conspiratorial no less than believing in the Smithsonain conspiracy, in fact its more so. In fact there is a large laundry list on your conspiracy paranoia if you are willing to side with the Smithsonian, i chose Acram’s razor.

Cartersvlle Ga. although Jacksonville is on the border of Georgia, Cartersville is still a good distance from me. I amy get around one day to do some giant hunting in the area and dig out some more information on this find. In the meantime there is a lot of good candidates for research close by that i plan to visit in the fall. 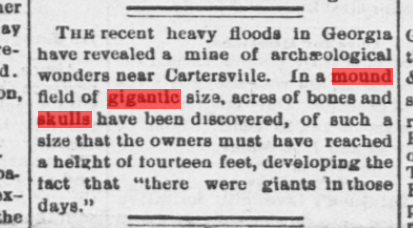