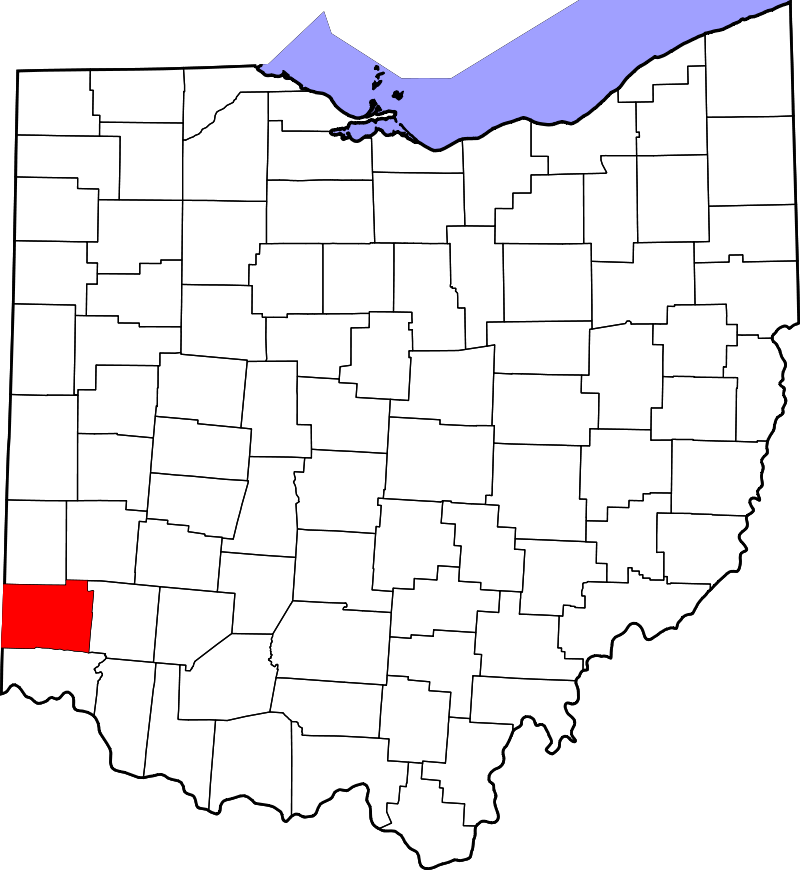 It is named for General Richard Butler, who died in 1791 during St. Clair’s Defeat. It is also home to Miami University, an Ohio public university.

It is stated of a skeleton enormous size has been found on the East bank of the Big Miami River, on the farm of Mr. Lewis Strong, near Cincinnati. The recent freshets washed away a portion of the ground, while plowing Mr. Strong unearthed a pile of bones, which proved to be human, and of a size that would make the stories of “Jack and the Giant Killer” creditable. The thigh bone being as large as those of an ox. Around the bones were a number of Indian relics, such as a tomohawk, spearheads, etc, leading to the belief that the remains were those of an Indian chief. The skull has been taken to Mr. Strong’s residence where it can be seen.

Hamilton, Ohio, February 11. – A geologist has discovered a mound builders’ burying ground, in which many skeletons of immense size were found, about four miles from this place. It is thought that the discovery will prove an important one in geological circles. Roanoke Daily Times, Roanoke Virginia, February 12, 1890. Page 1.