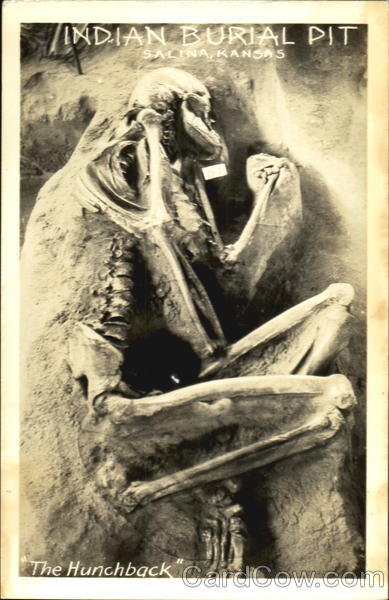 Howard Kohr found the site and the Whitefords began unearthing skeletons, according to the historical society document.

“We have discovered a burial pit and have been working on it for the past week, have unearthed more than 50 skeletons, eight small pots,” the Whitefords wrote in a letter to a Smithsonian friend, Waldo Wedel, recounted in the historical society publication.

A day after writing the letter, the Salina Journal wrote about the discovery. People 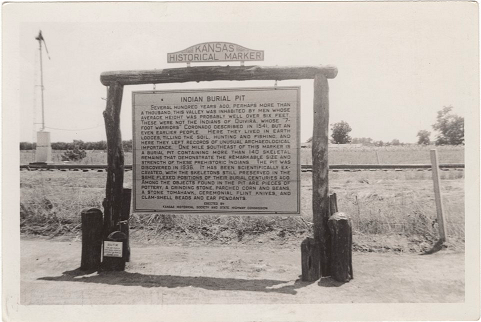 wanted to see the bones. Guy Whiteford wrote to Wedel that it was going to cost them. People paid the 25 cents to get a glimpse, and a Kansas tourism attraction was born – becoming very popular over the years. The property eventually sold and the Whitefords moved into the farmhouse by the burial site and gave tours.

According to the historical society article, the couple lived there until the late 1940s when the current owners, as Mabel put it, wanted to take over the site and its profits.

The site continued on as a tourist attraction. But, by the 1980s, an attorney for the Pawnee sought to have the bones reburied.

Kansas laws concerning unmarked burial sites changed in 1989, with Salina’s site at the height of the discussions, according to an article in the Salina Journal. By 1990, the site was closed and the bones were covered in blankets and buried again following a rededication ceremony by members of the Pawnee Nation – believed to be the closest descendents.

“this valley was inhabited by men whose average height was probably well over six feet. These were not the indians of quivira, whose “7-foot warriors” coronado described in 1541, but an even earlier people. Here they lived in earth lodges, tilling the soil, hunting and fishing, and here they left records of unusual archaeological importance. One mile southeast of this marker is a burial pit containing more than 140 skeletal remains that demonstrate the remarkable size and strength of these prehistoric indians.”

“Discovery of an Indian communal burial ground believed to contain the remains of a tribe that roamed the plains of central Kansas more than 50o0 years ago, has been made five miles east of here by Guy T. Whiteford, policeman-archaeologists. Whiteford said he already has excavated 27 skulls and three complete skeletons, one of which he asserted was seven feet tall.”