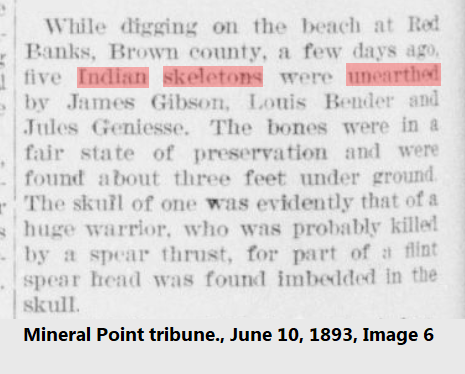 While digging on the beach at Red Banks, Brown county, a few days ago five Indian skeletons were unearthed by James Gibson, Louis Bender and Jules Geniesse. The bones were in a fair state of preservation and were found about three feet underground. The skull of one was evidently that of a huge warrior, who was probably killed by a spear thrust, for part of a flint spearhead was found imbedded in the skull.
Mineral Point Tribune., June 10, 1893, Image 6.