Considerable excitement prevailed at Raleigh, N. C., on the 25th, over the reported discovery in Bertie County, near the coast, in the  State, of the remains of a number of gigantic men in a mound. The skeletons were discovered in a sitting posture and their heights ranged from seven to nine feet. The State Geologist had gone to investigate.

This is the majority of the cases that range between 7 and nine feet tall.

There are over 1000 examples on these two videos.

There has been some additions i would like to include: Although there isnt much new information here are other sources that carried this story. 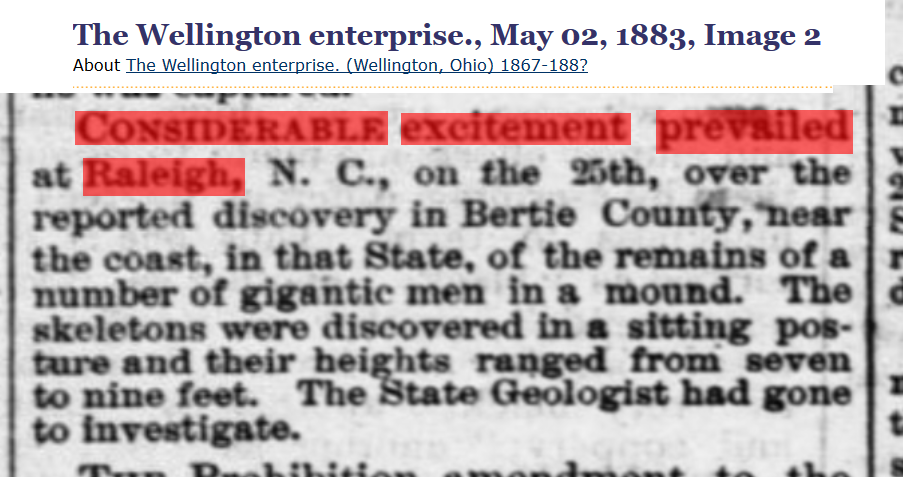 You can find this same article in:  the “Benton Weekly Record”; The “Wheeling Daily Intelligencer”; and the “Vermont Phoenix” however these articles are repeats.

This is a very curious area as there numerous mysteries that abound here. For one we all know the Roanoke story. Roanake island is just off the shoreline of Bertie county. 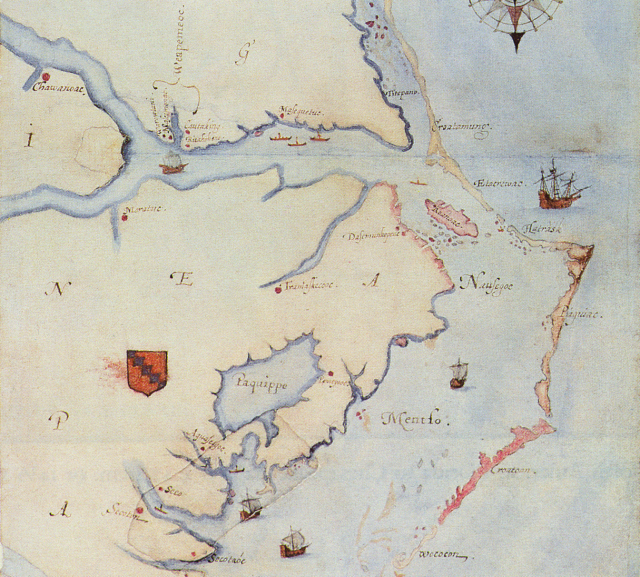 John White’s map drawn during the 1585-1586 military voyage of discovery. The military men spent quite a bit of time exploring the region, meeting the natives, learning about the region and potential locations for a permanent colony. John White, when he was able to return in 1590, he found the colony removed and the message “CRO” and “Croatoan” carved on both a tree and fort post for him. If they relocated to the Chowan River location, why would they have carved Croatoan and CRO at the fort?

In this map you can see a fort which is still undiscovered or was it a plan that never followed through?  On these maps you can see red dots which may represent villages, or mound locations but this is just speculation.