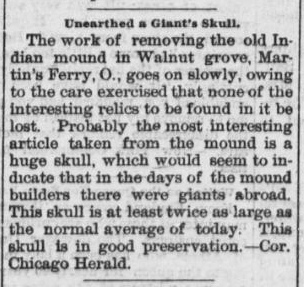 The work of removing the old Indian mound in Walnut Grove, Martin’s Ferry, near Bellaire, Ohio, goes on slowly, owing to the care exercised that none of the interesting relics to be found in it to be lost.

Probably the most interesting article taken from the mound is a huge skull, which would seem to indicate that in the days of the mound builders there were giants abroad. 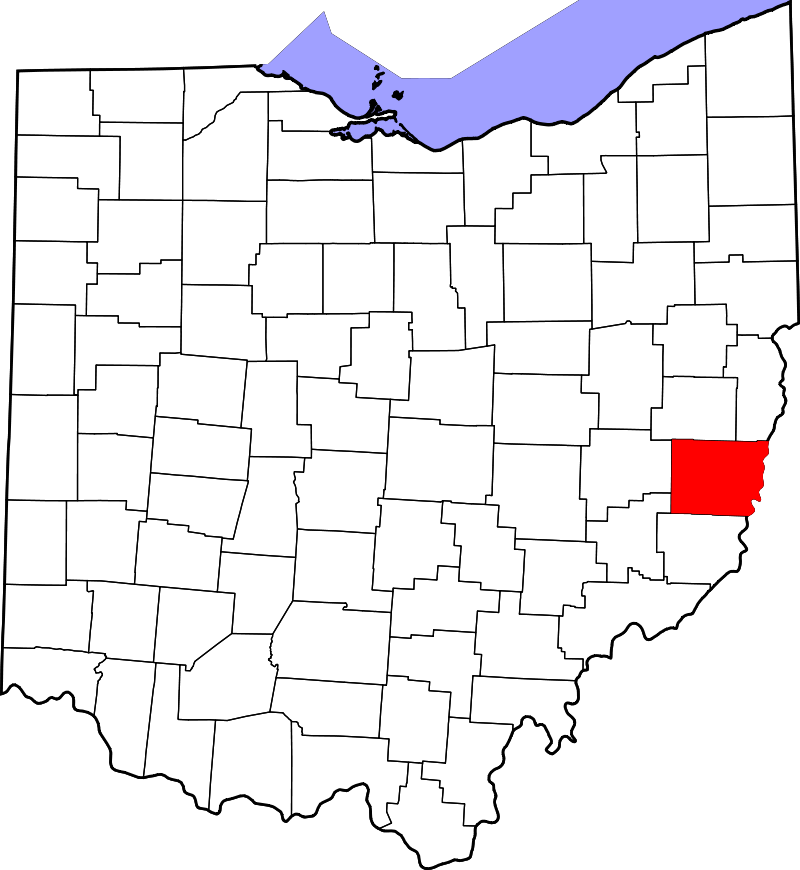 The skull is at least twice as large as the normal average of today. The skull is in good preservation. In the collection of relics exhibited in the same place are the cup like stones, which have been supposed to be made by ancient inhabitants.

Bones are found in every part of the mound, bearing out the theory that such mounds were simply cemeteries instead of graves and monuments of the great chiefs. Several corpses have certainly been buried in this mound. The finding of curious precious stones are worthy of notice. What seems to be opals, emeralds and crystals nearly like diamonds, have been taken from the mound. Learned savants have held that the proof is complete, the articles found at Moundsville, W. V., that the mound-builders were Croations and Phoenicians or both. The presence of precious stones in the vicinity of these corpses, with flint darts, spearheads, stone axes and stones with holes neatly drilled in them, may flourish another clue to the identity of the lost race.

How big is twice as large? 200% twice the volume maybe. If i was to replicate a skull that is twice as large as the average how many inches tall would that be? Of coarse the skull would have the typical earmarks of longevity: large brows and large eyes and large nasal cavity. Basically having more mature features and a greater thickness in the bone.

1) When mature fossils are found the always tend to be microcephalus.

2) As species mature the body grows faster than the head.

3) When bones are found later, always the skeleton tends to show greater growth than the head.

So. . . using micrcephalus reconstructions we have full assurance that if the head is an even 200% larger the unfound body would be 200+ plus %.