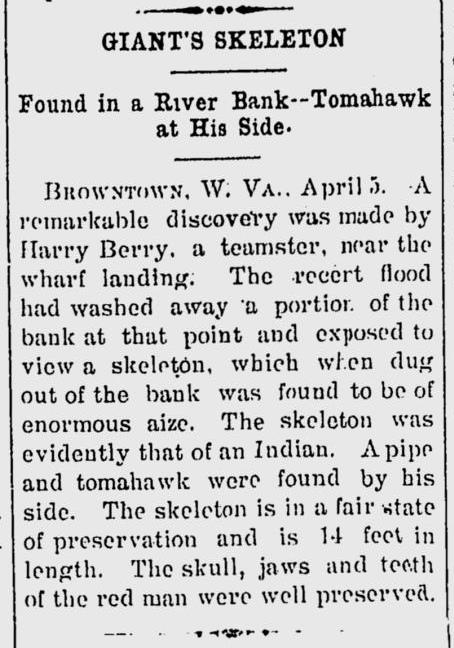 Found in River Bank – Tomahawk at His Side.

Browntown, West Virginia April 5 a remarkable discovery was made by Harry Berry, a teamster, near the wharf landing. The recent flood had washed away a portion of the land at that point and exposed it to view the skeleton, which when dug out of the bank was found to be of enormous size. The skeleton was evidently that of an Indian. A pipe and tomahawk were found by his side. The skeleton was in a fair state of preservation and is 14 feet in length. The skull jaws and teeth of the red man were well preserved. 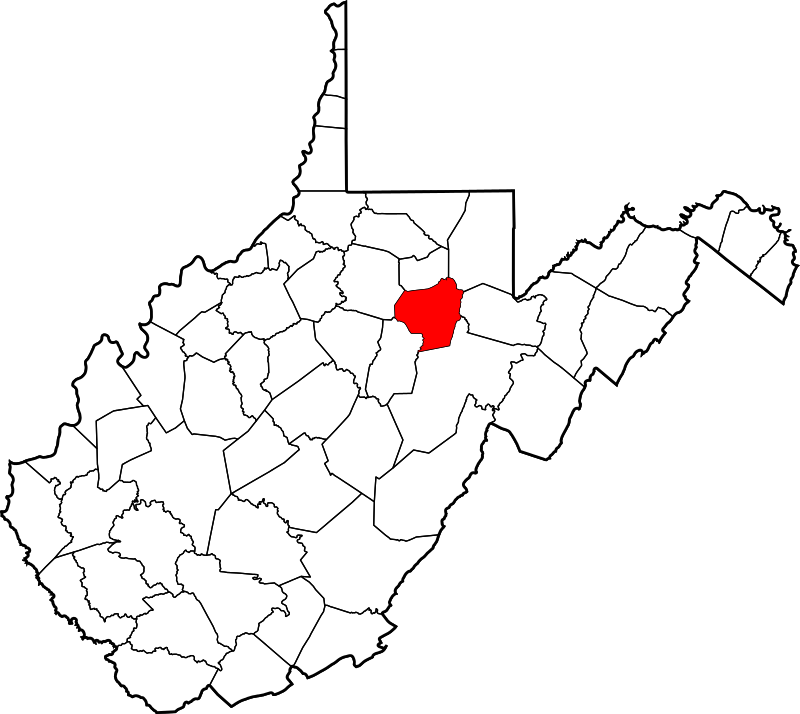 Fort Wayne Journal Gazette, April5 1933, GIANTS SKELETON, Found in a river bank tomohawk at his side.