An African Sword or Spear? 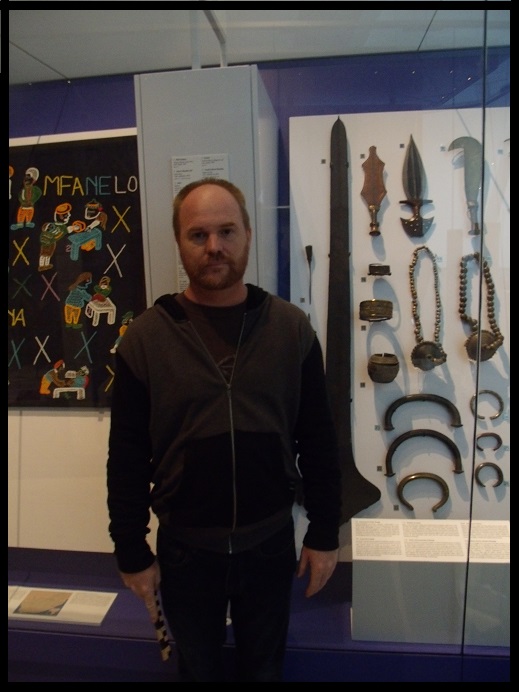 First of all I do not believe this is the largest sword that exists, actually I think there might be hundreds of swords once owned by Greater Humans and Nephilim Ancestors that possessed giant swords that exist today. 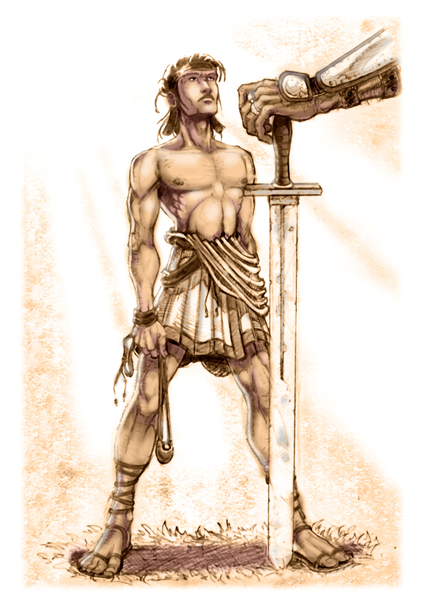 Goliath possessed such a sword, a Great sword like this would be a symbol of power and would be a well revered trophy. Friend or Foe the sword from this famous battle would be so sought after anyone stumbling across it would hide it into their private collection and it would just disappear. African Sword

45 Then said  David to the Philistine, Thou comest  to me with a sword, and with a spear, and with a shield: but I come  to thee in the name of the LORD of hosts, the God of the armies of Israel, whom thou hast defied .

“And the priest  said  , The sword  of Goliath the Philistine, whom thou slewest in the valley of Elah, behold, it is here wrapped in a cloth behind the ephod: if thou wilt take that, take it: for there is no other save that here. And David  said, There is none like that; give it me.”

Then answered  Doeg the Edomite, which was set  over the servants of Saul, and said , I saw  the son of Jesse coming  to Nob, to Ahimelech the son of Ahitub. 10 And he enquired  of the LORD for him, and gave  him victuals, and gave  him the sword of Goliath the Philistine.

51 Therefore David ran , and stood  upon the Philistine, and took  his sword, and drew  it out of the sheath thereof, and slew  him, and cut off  his head therewith. And when the Philistines saw  their champion was dead , they fled . 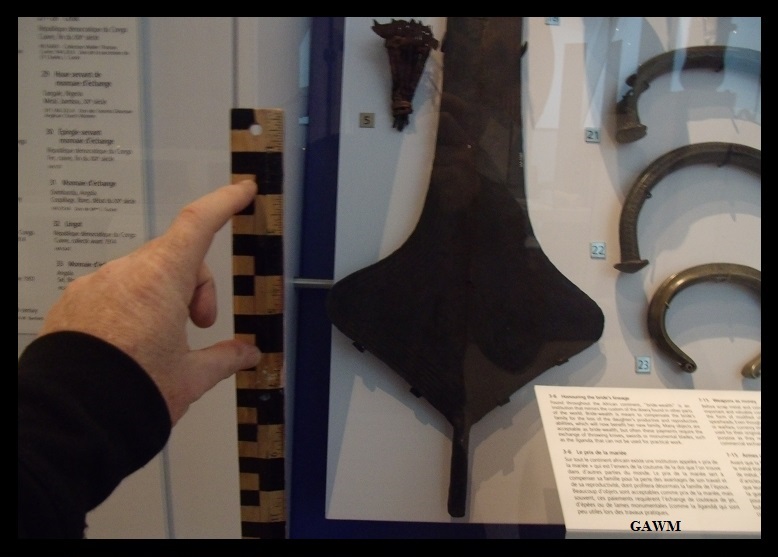 This weapon is without a hilt, handle, or guard. It is 6 feet in height and behind glass. This sword blew my mind, it is the largest sword in the museum’s collection.

If the hilt and handle was smaller than the Clayborne, or the Flamberge and was only two added feet we would have an 8 foot sword.

If the hilt, handle and guard was an added 3 foot which would not be excessive we would be talking about a 9 foot sword.

What if this was a giant spear? 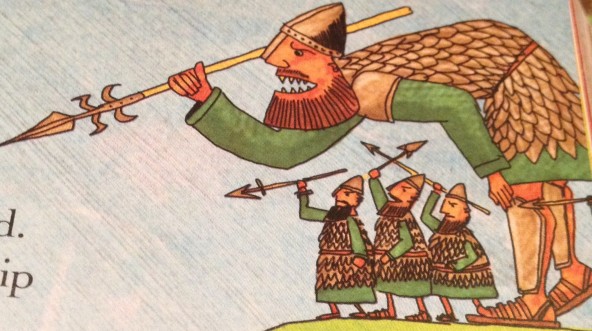 7 And the staff of his spear was like a weaver’s beam; and his spear’s head weighed six hundred shekels of iron:

. . .not only Goliath but in mentioning of Goliath told of a memorable spear.

And there was again a battle  in Gob  with the Philistines,  where Elhanan  the son  of Jaareoregim,  a Bethlehemite,  slew   the brother of Goliath  the Gittite,  the staff  of whose spear  was like a weaver’s   beam.

And there was war  again with the Philistines;  and Elhanan  the son  of Jair  slew   Lahmi  the brother  of Goliath  the Gittite,  whose spear  staff  was like a weaver’s   beam.
This weapon that is now residing in the ROM Museum is probably is not Goliath’s sword and is obviously too large to be a spearhead. . . right?
In checking the label for the sword, there must have been some kind of cross reference or mistake because this weapon curiously is labeled “Spear”.