In the Kazakh mounds are found the graves of giants 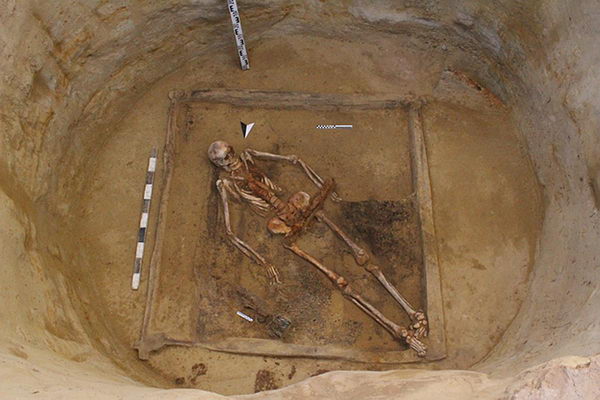 In Aktobe region were found the remains of the soldiers Sarmatian period with full arms. The growth discovered in the Kazakh mounds of skeletons reaches 2 meters. According to archaeologist akan Angarola, the find was discovered in the Kobda district, Aktobe region, which is a major architectural monument-burial, earth mound with a diameter of 50 meters and a two-story house.

According to preliminary estimates of scientists, these graves were erected a few hundred years after the construction of the main monument. Both warriors were buried in full armor, when they were discovered bows and full quivers of arrows (though preserved only traces of bows), from stabbing weapons – spears with iron tips, cutting – swords and daggers. However, the mysteries of the mound has not ended – on the edge of the pit, primary burial in the center of the mound was found a grave of the third warrior with a full quiver of bronze arrowheads which archaeologists have 184 pieces.

The land around Aktobe has always been famous for its ancient burial mounds. That according to the preliminary results of the current expedition, the number of objects of archaeological interest in each district of the region, according to scientists, are still in the thousands. It and places of worship of antiquity, and private Parking lots, and mounds, and, of course, burial grounds.

According to senior researcher of the regional center of history, Ethnography and archeology Department of culture of Aktobe region, candidate of historical Sciences Talgat Mamyrova, found the skeletons of two-meter men. 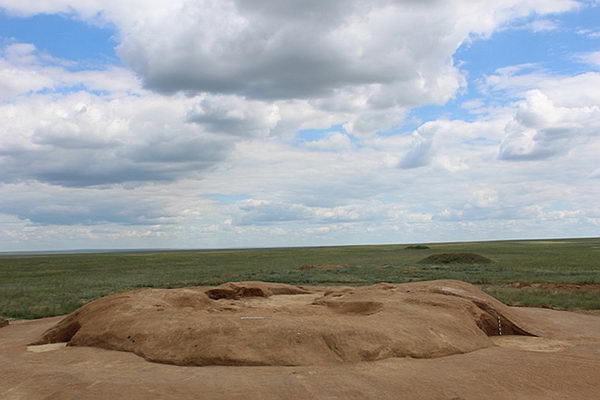 This is not the limit discovery because of “the number of mounds, and there are more than 160, kumsi is a unique burial ground, which has no analogues in Eurasia,” he says admiringly. The very same monument to 4.3 thousand years, he refers to the Yamna culture, the time of transition from the stone age to the bronze age. The bearers of this culture came to the territory of today’s Aktobe region of the Caucasus. This, according to the scientist, above all indicate the burial rites.

But more curious – all buried was tall and very large people and could even leave some gene pool, as assimilated with the local population.

Meanwhile, resumed excavations of ancient burial mounds and in Atyrau region, which has always had a reputation in Kazakhstan archaeological Klondike. There, after a long break, archaeologists found an ancient burial in Inder district. And not even a burial, but a real treasure – silver jewelery and gold jewellery. It is no coincidence that the region is not inferior to Aktobe on attributes found in the Atyrau region recorded more than a hundred ancient mounds of the era of the Sarmatians, at least a dozen of them, judging by their height and the opinion of experts, may be the tombs of the kings.