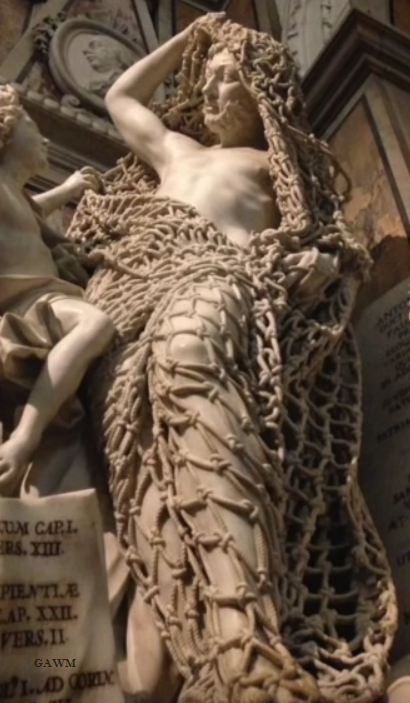 The most amazing statue of the Renaissance gets no attention because of its exceedingly advanced techniques.

A Rococo statue resides in Naples Italy. An 18th century sculpture Francesco R——— ? This statue was carved from a single pice of marble. It is “believed” to have been carved with simple tools.

The netting is so fragile that its a miracle that it has survived for centuries without being pounded by a hammer and chisel. Historians “believe” that the artist used a pumice stone and rubbed the stone. However there are no visible scratches that would have resulted from using a pumice stone. Even a harder stone the problem is the same whether hitting it or rubbing it the result would be the same.

The pressure needed to strike or rub the stone would have resulted in a break, and the stature contains no breaks, not one.

The net has multiple layers, with traditional tools there is no place to even access the areas deep in the netting. Most if not all artists and historians will simply avoid the subject. You can’t hit or rub marble without putting pressure on marble which is a relatively soft material.

Honestly there are “white-spots” or unknowns in the history of art, secrets that remain unknown to modern “scholars”. The “experts” when asked about advanced techniques that are not known in modern times, in stead of admitting their inferior knowledge of art, they attempt a bluff. This same psychological insecurity happens in science as well. Instead they pretend that they have figured out everything, pretending to know all about all the techniques used centuries ago. 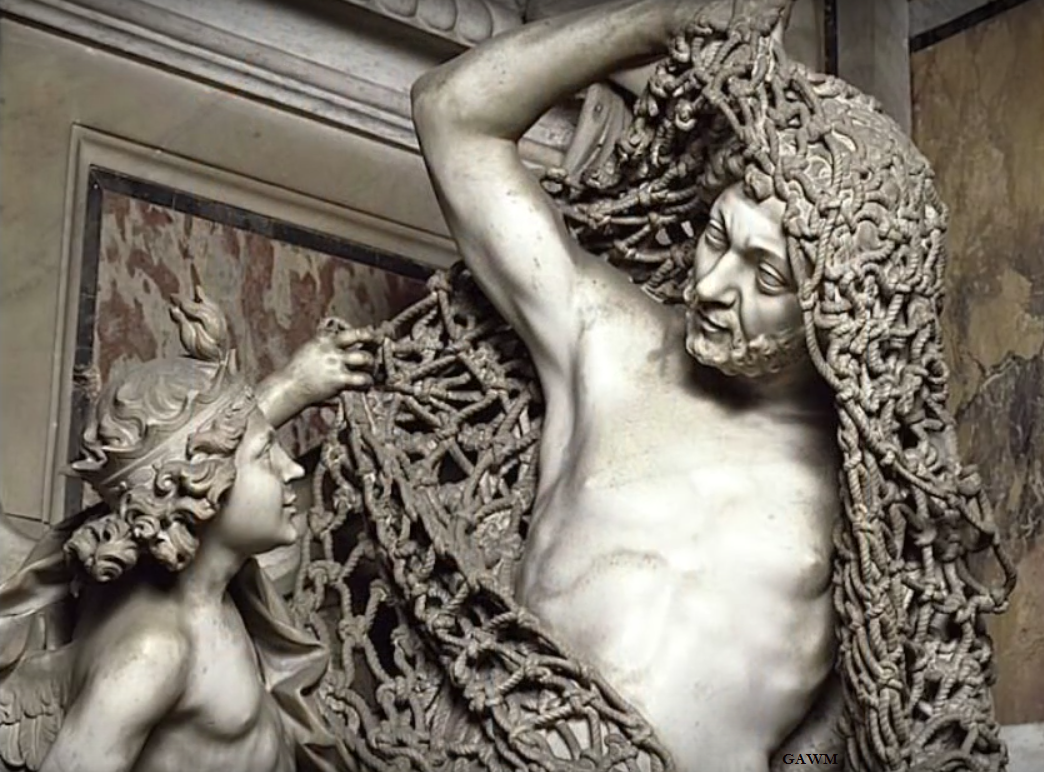 These techniques have been lost and there is no telling how old these techniques go into the past but one thing is for sure, the ended in the 18th century.