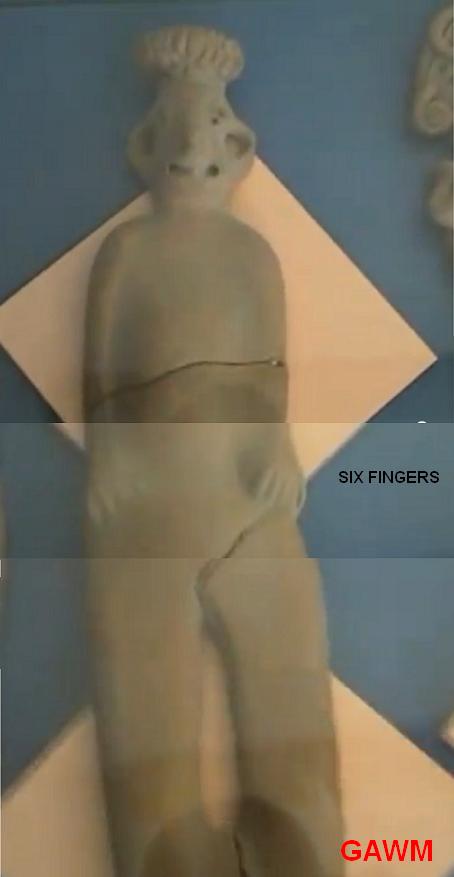 Acambaro is known for its thousands of recognizable dinosaur figurines but here is an item few people are aware of: the Acambaro Giant

The elongated proportions are not by accident it is the body shape and size depicted by an observer.

The face and features are mature with an elongated skull, The major characteristic that determines this to be a giant is the 6 fingers on each hand which is a trait according to the inspired word.

And there was yet a battle in Gath, where was a man of great stature, that had on every hand six fingers, and on every foot six toes, four and twenty in number; and he also was born to the giant.
1 Chronicles 20:6
And yet again there was war at Gath, where was a man of great stature, whose fingers and toes were four and twenty, six on each hand, and six on each foot and he also was the son of the giant.
(There is no connection to the informational defect of polydactylism)

Which is a genetic defect that also results in 6 fingers in humans.

Get me these things and i will post a plaque in the case with your name on it once it is replicated.