ABYDOS CARVINGS
(Ancient Flying Machines?)
The Abydos carvings showing a helicopter and other futuristic Vehicles. Located in the Temple of Seti The First – Abydos, Egypt 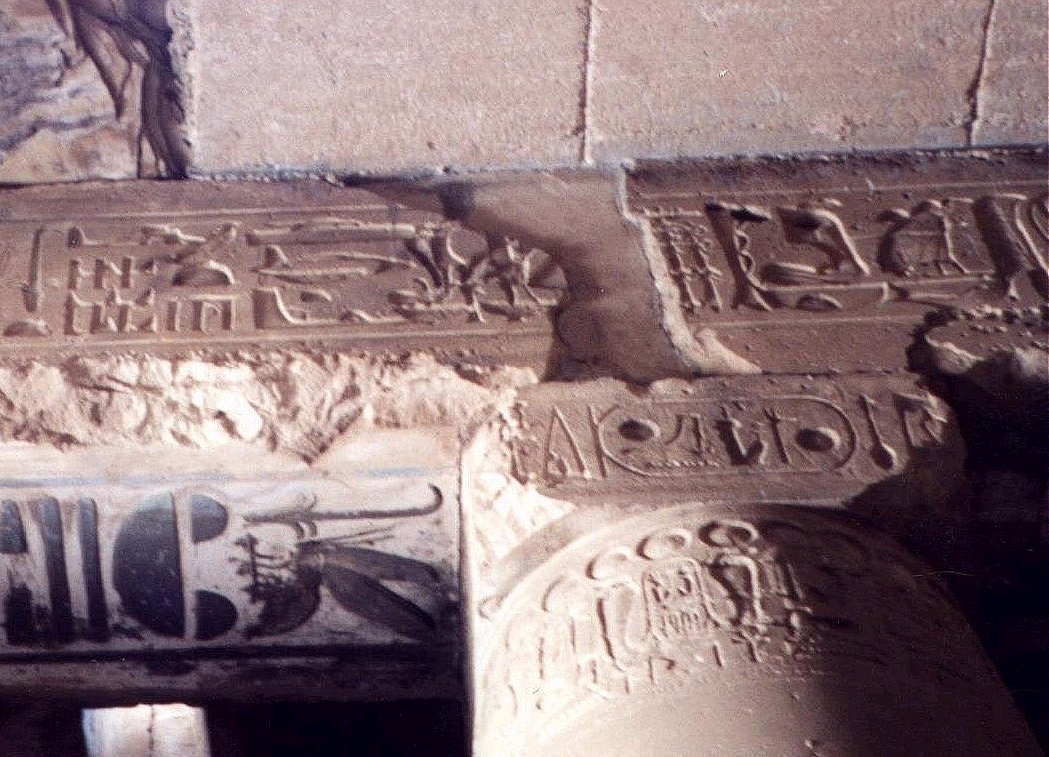 Located approximately 450 kilometres south of Cairo in Egypt is the very ancient city-complex of Abydos.  Believed by many to be one of the most important historical sites relating to ancient Egypt it is also the location of a set of carvings that have caused a significant amount of academic controversy amongst archeologists and historians. Within the Temple of Seti the 1st (Seti I) you can find the outer Hypostyle Hall and on one of the lintels you can find a series of carvings that look very much like helicopters and futuristic space craft.  The Helicopter is particularly recognizable and this has led to questions being raised about how this can possibly exist. 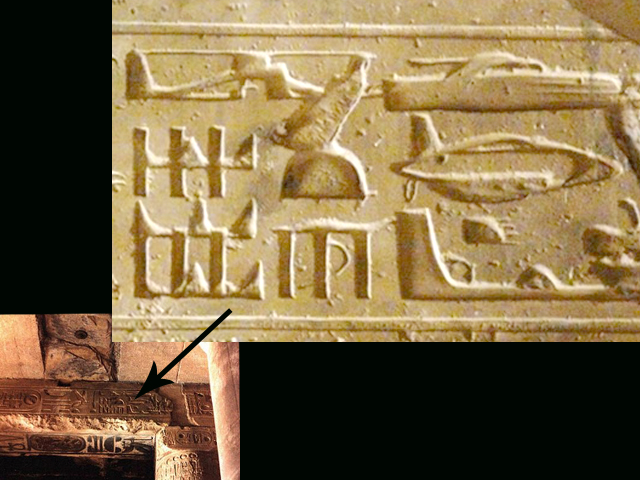 Naturally, every UFO enthusiast or believer in a once technologically advanced Atlantean civilization has pointed to these images as proof of their theories.  Equally, every mainstream Egyptologist has gone to great lengths to explain that they are nothing more than the result of older hieroglyphs that were plastered over and then carved again so that when the plaster later collapsed the modified images that were under the plaster reappeared but in their new and coincidental design.

Recently there has been some highly detailed and intelligent challenges to the theory that these images were simply the byproduct of re-carving.  The first is that this was an important building and the use of plaster would have been anomalous. Instead, the Egyptians would have used a special sandstone filler that they were well experienced in making that was much more robust.  The re-carving theory is also coming under scrutiny and recent practical experiments cannot duplicate the effect described by the experts.  Lastly, some researchers believe that the layout of the items has a strong and accurate relationship with the Golden Section concept.  Their point becomes quite interesting when they say that the coincidence that original carvings could be covered and re-carved and then still align to a set of perfect measurements is simply unbelievable.  Either way there is something persistent about this mystery and the debate will continue.  Did the Egyptians whiz around in strange futuristic craft or did they just witness something they couldn’t explain and carve it in stone as a record.  Perhaps time will tell but it hasn’t so far.
http://www.aquiziam.com/ancient-technology.html