In the Humboldt museum houses some of the most significant evidences of giant human skulls. 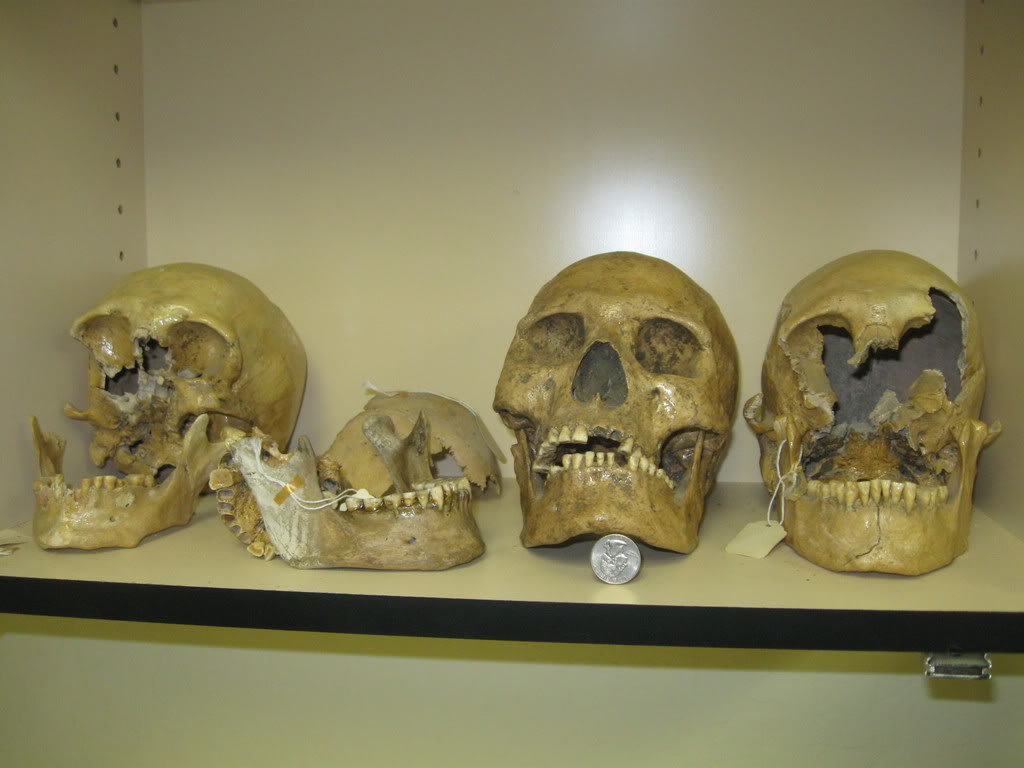 A photo by M.K. Davis emerged of a missing skull from the Humboldt museum. This skull is completely human a bigger better faster stronger and smarter human, a greater ancestor. Bigger than the skull of Brock Lesner, and if it were available a body to match.

Don Monroe “Those mandibles are bigger than any Piutte Indian that i ever seen, . . .

The below photo was taken by Don Monroe over forty years ago. 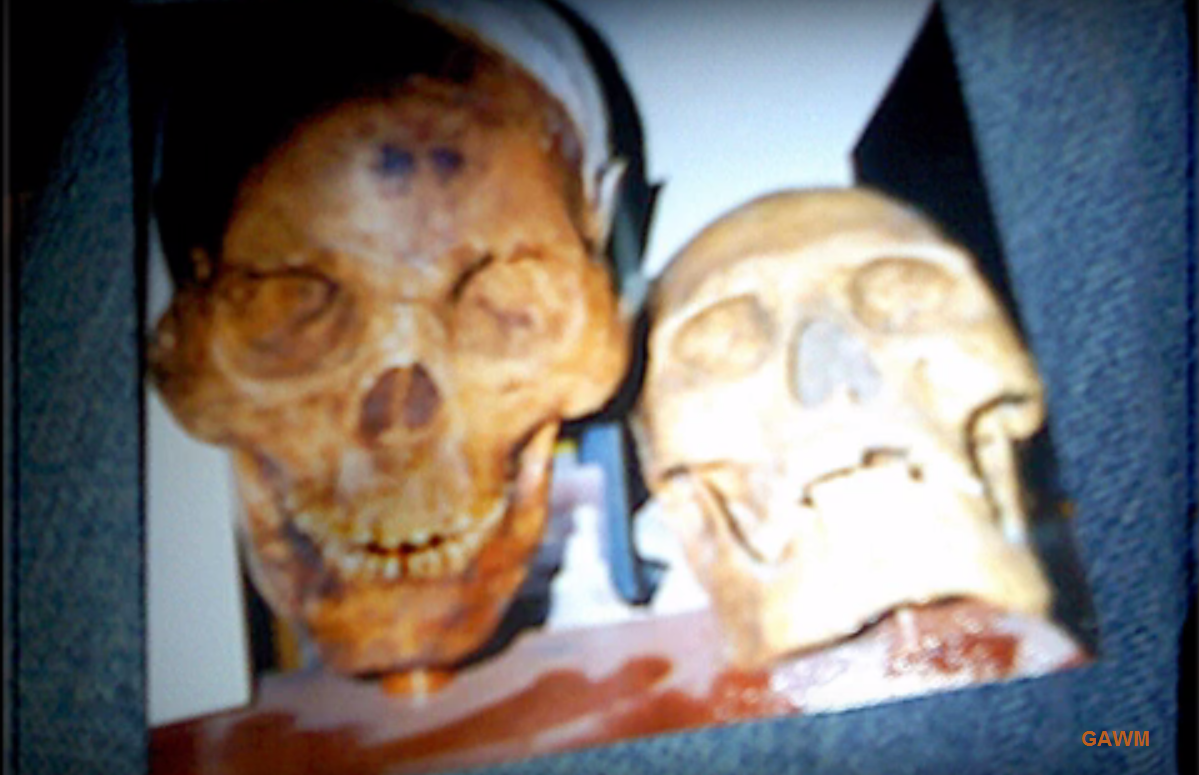 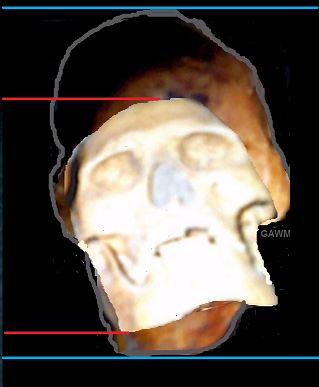 Here you can the extreme difference in size. The dark color separates any bogus claims that this skull is present in later pictures. The teeth are all in place and it is evident that the cheek bones and eye sockets are giant sized. Rules of one point perspective would rule out that two objects so close would be such difference in size as the shadow falls on the back of the skull and both exist on the same plane.

What the skeptics have said before these new pics were revealed:

“Alas, we never do find any evidence of gigantism, which is a shame because it would have been really neat; but what’s also really neat is digging in and constructing a radiometric history of the Lovelock Culture. Having a better and more complete picture of the Paiutes and the Lovelock Culture, with a cultural history consistent with the archaeological history, is not only correct, it’s far more respectful of Native American history than are wild Internet-based stories of huge giants running around eating people. That’s not how the Lovelock peoples lived, and my guess is that the Paiutes probably don’t wish to be perceived as promoting such nonsense.” Brian Dunning

“So the legend part of the giant story from Lovelock Cave is baloney,”

Lets look at what some reasonable people  like M.K. Davis as he is being wrongly accused of “spinning” and Terje Dahl have stated, and were correct in their statements

“M. K. Davis spinning tales about why so many of the skulls from Lovelock Cave appear to be missing.  He says that an earlier photo of the cabinet that David Hatcher Childress looked in shows that there used to be more skulls.” Andy White

I believe that the skeleton of the giant was removed at one stage, so what has been found later are normal sized skeletons! Terje Dahl

So in the face of hard evidence, what is the motivation of skeptics??? A for of repackaged pantheism which is government endorsed is the answer.

“The biomechanical model of the brow ridge explains why it is so prominent in chimpanzees,” ~Andy White

When discussing the shape of the Nevada skulls skeptics return to their own myths. Here we have the fundamental beliefs of the skeptics, why they refuse hard-evidence which is simply that their goal is to champion repackaged pantheism. Religiously motivated they need to mock others who are not so easily won over by just-so stories, over hard evidence. Like any group of religious zealots they attack the character of others first, and make labels and false-associations of others scientific studies.

In this case i am the skeptic, I am the one correcting the pseudo-scientific nonsense that has no evidence.

Evolutionists look at your own religious beliefs of tranmutational-magic their appeal to supernaturalism with the flagrant exaggeration of Time, the capabilities of energy doesnt have, and the belief in chance beyond mathematics. Evolutionists are the last in line to be skeptical, to be scientific.

The first step of every evolutionist is to frame the argument science vs religion. This hasty generalization does not allow skeptical thought. “Do as i say not as i do.” Evolution is the “one true church” when they claim evolution a synonym for science. Claiming to represent science avoids the responsibility of proving it. This is an  Association Fallacy.

In their minds their authority is a hierarchical status in which they completely submit their will to a group of peers. (Not scientist but government educators, . . . teachers) You could say they check their brains at the door of academia, and never question the philosophical principles that govern their foundational beliefs. Argument from authority.

The belief that pushes people to claim science and champion it through animatopism a primitive belief that we came from some animal through a series of imagined ancestry. How does this sound reasonable? Of course a common ancestor is the modern term for mythical creature, apemen were highly regarded as fact in Hannumanism, as India being a Colony under control of Britain its no wonder that England adopted some of its religion with one of its primary traders.

These primitive beliefs of scientific/naturalstic pantheism is all that stands between them and a mechanism of technology and design, and the acceptance of genetic entropy that is visually evident in the hard evidences of anthropology. The culmination of these is what i call Greater-Ancestry.