A Graveyard of Giants 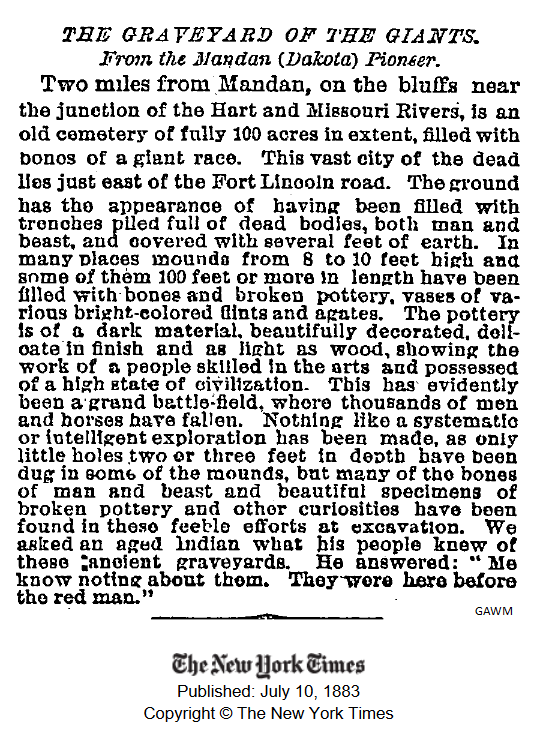 A veritable “City of the dead”. A 100 acre ancient cemetery filled with greater ancestors, giants.
Ditches piled with bodies of people and animals, tell a tale of genocide. The bones of over 1000 giants buried with a few feet of dirt near meeting of the Hart River and the Missouri river.
These mounds of bone and dirt are piled eight feet in height and over a hundred feet in length.
There was a genocide of the natives by the American Immigrants, but it seems that before that; the same had been done more successfully by the occupiers to the previous race that fills these mounds.
Did the native Americans of the distant past fight for this land only to lose it by other invaders?

Scientific American, ” A Tradition of Giants” 1883
Fritz Zimmerman: The Nephilim Chronicles, Angels in the Ohio Valley