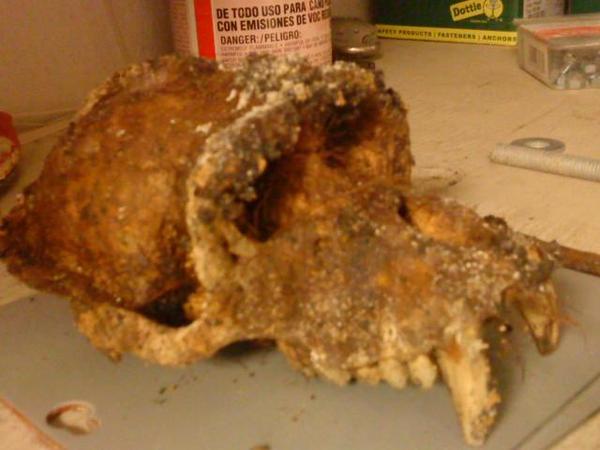 The skull was discovered on the grounds of St. Alcuin Montessori School, near Churchill Way and Preston Road, Dallas. 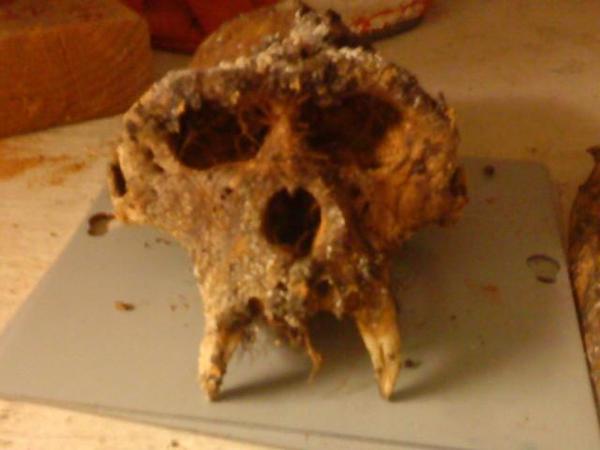 A primate skull found at a North Dallas construction site.

blogger: “After comparing the skull with the other skulls, I would say it is definitely NOT a baboon, but most resembles a Chimp.”?”

blogger: “The only thing interesting is probably where it was found. It is likely a primate (looks chimpy to me) that someone had. I don’t think a museum would be interested in it. However, I could be wrong.”

blogger: “I’ve just come across this site that sells casts of primate skulls and gives measurements. I still don’t think it’s baboon and the macaque skull is roughly the right size but has those ridges along the nose. I still think it is either a juvenile chimp or other ape.”

The skull was buried about five feet underground, he said, in muck. It’s six inches from front to back and two inches wide.

Most of the teeth, including one-inch canines, are intact.

Evans said the skull was discovered (a couple weeks ago) at the St. Alcuin Montessori School near Churchill Way and Preston Road.

A noted anthropologist for the Tarrant County Medical Examiner’s office, Dr. Dana Austin, viewed photographs of the skull and said it was definitely an “old-world primate,” possibly a monkey or chimp. 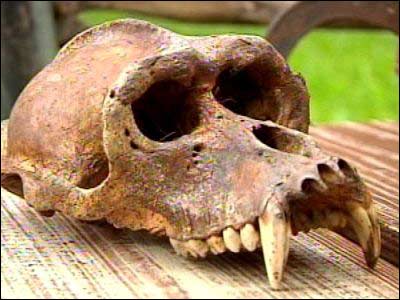