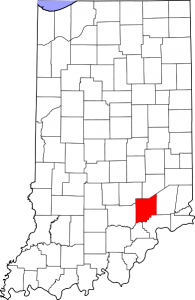 NINE FOOT SKELETON 9 Foot Skeleton
A 9 Foot Skeleton eight inches tall was recovered from a stone burial mound at Brewersville, Indiana, in 1879. A mica necklace was around the neck, and a crude human image of burnt clay embedded with pieces of flint stood at the feet. The mound, between 3 and 5 feet high and 71 feet in diameter was excavated by Indiana archaeologists scientific observers from New York and Ohio, a local physician, Dr. Charles Green, and the owner of the property on which the mound stood, a Mr. Robison. 9 Foot Skeleton.
The bones were kept by the Robison family in a basket in a nearby grain mill. They
were lost when a flood swept away the mill in 1937.

Much of the scientific world on all sides are dismissing these finds. A nine foot skeleton utterly destroys the notion that man came from a hairy tailed quadraped aka (monkey). If creatures go-from-the-goo-through-the-zoo-to-you, you would expect to find only smaller humans. Out of all the thousands of giant skeletal finds, one “hobbit” gets all the attention.