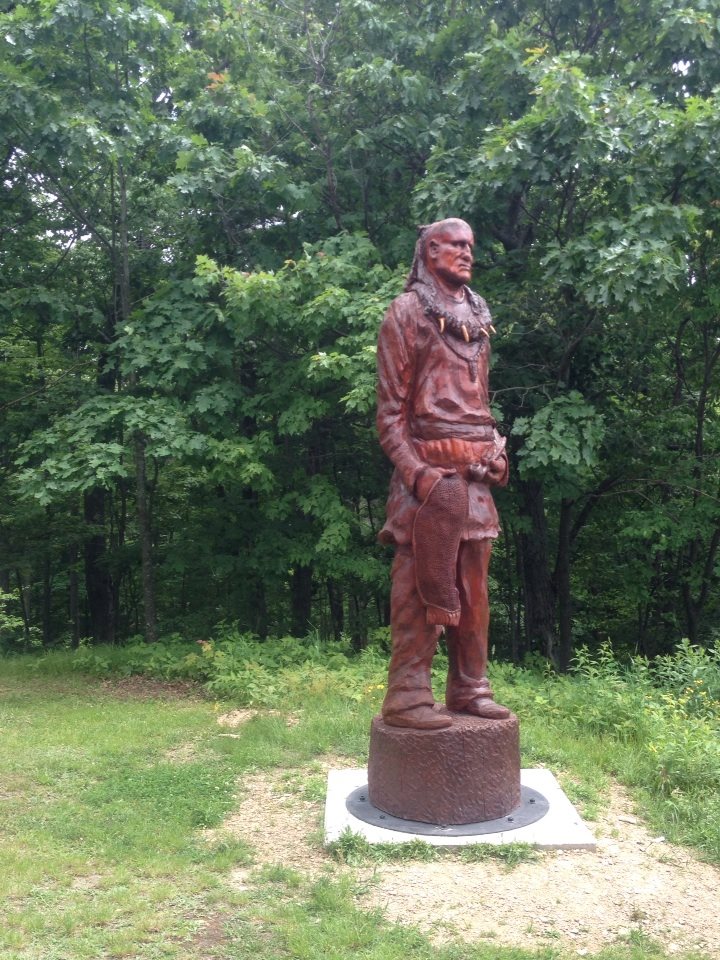 The three Bradford County commissioners, members of the county parks advisory committee, other county officials, a delegation of the Eastern Delaware Nations, and others attended. 8 footer

As the tarp was taken off the carving, there was much applause.

Charlie Fox, who was commended for his instrumental role in the project, provided some history about the Native American chief, much of which is included on a sign at the site.

According to the history on the sign, there are no known paintings of Chief Wetonah, but the carving is a depiction of what it’s believed he may have looked like.

The carving shows the chief holding a wampum belt in his right hand, and he has a pipe, the symbol of peace, in the other hand.

“Legend tells us that Wetonah moved to this unnamed mountain, following the Revolutionary War,” the description notes. “Local folklore of the Great Warrior, Chief Wetonah, tells us that he was an excellent hunter, and that he spent many hours perched atop Sunset Rock to meditate. Legend also has it that he was shot by one of the early settlers near the spring on the east slope and was buried near there.”

According to the information, Congress in 1798 gave 1,500 acres of land to Chief Cornplanter for his assistance during the war.

Then, Cornplanter sent a delegation to retrieve Wetonah’s remains and then had them buried at Kinzua, sacred Indian land in western Pennsylvania.

Fox pointed out that Dr. Wilder of Springfield Township measured the bones, and he estimated the chief to be eight feet tall.

“I don’t know whether it’s true or it’s not true, but there certainly were some very large Native Americans,” Fox noted in his remarks.

Fox said the government decided in 1980 that it wanted to build a dam at Kinzua, however.

“So, they forced the Native Americans out,” Fox said. “And when they did, part of the agreement was that they would remove the bones – and there were 1,200 graves at Kinzua – they would remove those and take them up into New York and put them on a reservation up there. There were so many they didn’t put them all in one cemetery, but rather put them in four cemeteries. Where his final resting place is, we don’t know. The Corps of Engineers is not certain.”

Fox said that when he asked Randall to make the carving, he asked him to depict a man of peace rather than an Indian with a rifle.

He hoped the carving would stand as a monument to the chief, as a man of peace.

Fox wanted it to prompt some questions. “People would stand here and look at it and say, ‘why is it here, what did he stand for, how did it get here?'” he said. “If you do that and you become interested and enthused in learning more about the history of this mountain and of the history of the area,” then the carving will have served its purpose, he said.

Eastern Delaware Nations members Mollie Eliot, Lisa Deemy, Melinda Maryott and Alex Wimbrough took part in a ceremony as they made an offering of tobacco. People were invited to participate by taking a pinch of the mixture of tobacco and herbs.

“This statue is significant to us because of the local history, and also because it’s said that he was a peacemaker and the fact that he’s guarding the Western Door is significant.” The statue faces northwest and is 10 feet high,” said Eliot.

“He’s standing for all of us and guarding the Western Door.”

She thanked those who made the carving possible, and said it really touched their hearts, as Native American descendants.

They performed a song, the Cherokee Morning Song.

Kim Corbett, the county maintenance director, thanked the commissioners, Randall for doing “a beautiful job” on the carving, the county parks advisory committee, and Fox, a member of the committee, who he said had the idea for the project. Corbett thanked the Eastern Delaware Nations for attending to bless the statue. 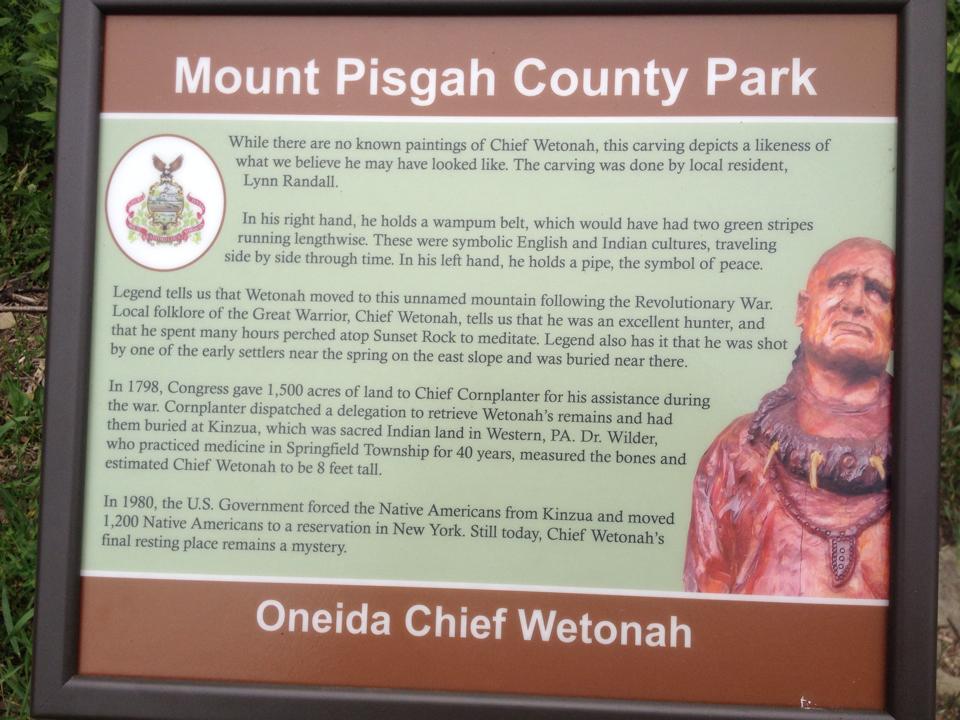 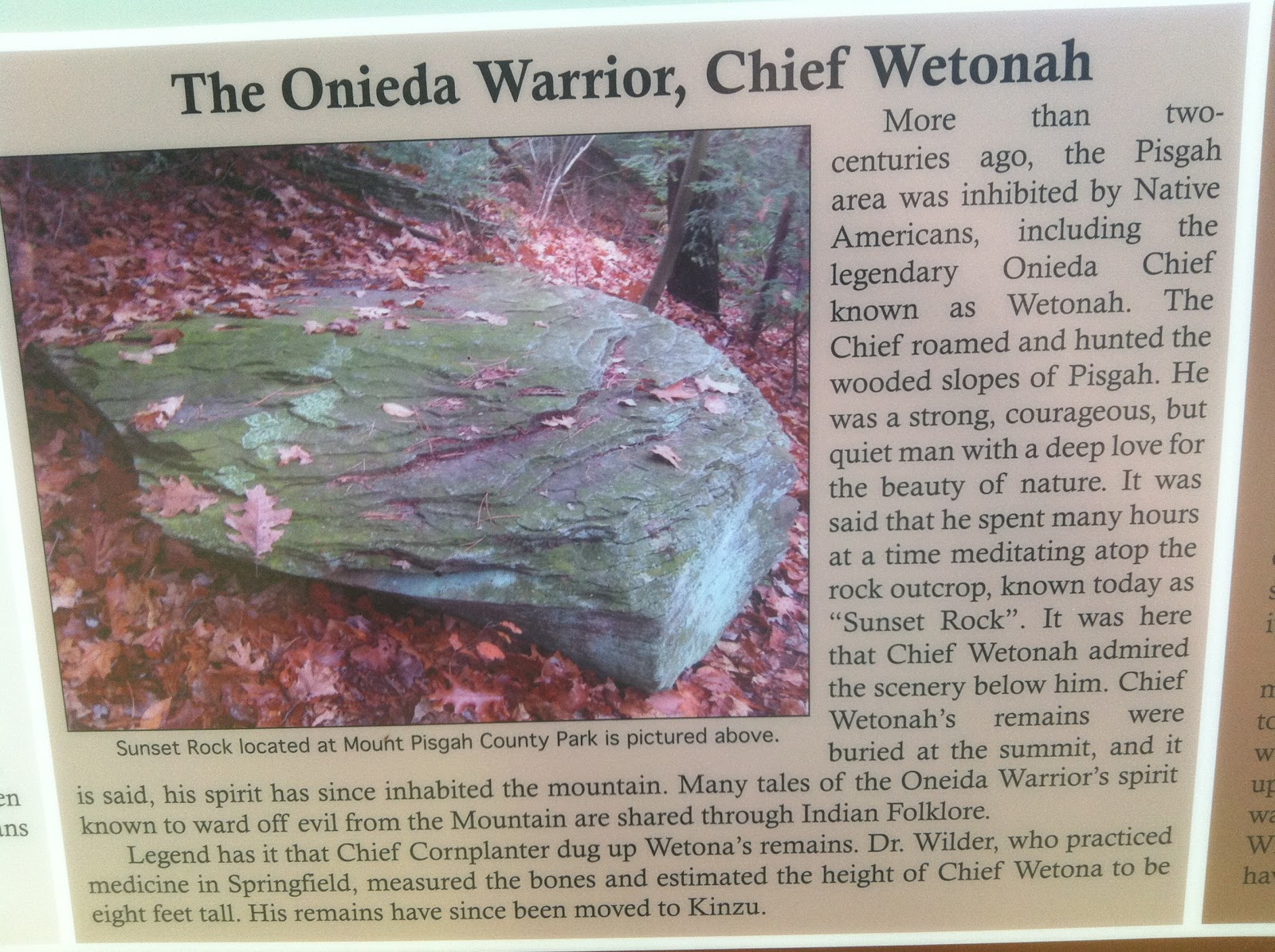 “I just ran across this in Pennsylvania while I was visiting there. I took a photo of the sign telling about him. I will send it to you. It was close to Troy, Pa” Preston Rogers 8 footer

A co-worker of mine Gary Highsmith introduced me to this amazing find. Preston Rogers is a fellow fishing-buddy of his, talking top-notch real salt-lifers. The pictures at the top was taken by Preston Rogers on site and is used with permission. Thanks for the research an the amazing photos, an 8 footer really makes some of the local 7 and a half footers appear short. Really nice find. 8 footer 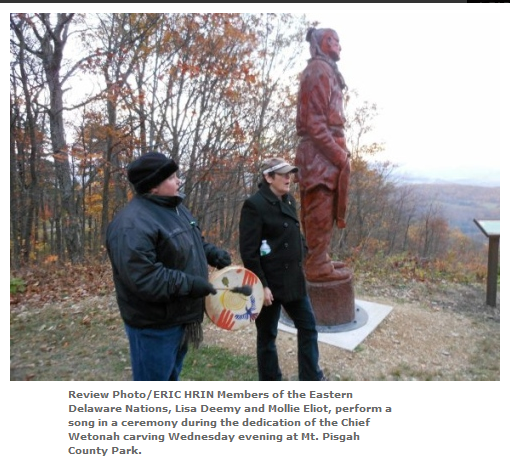