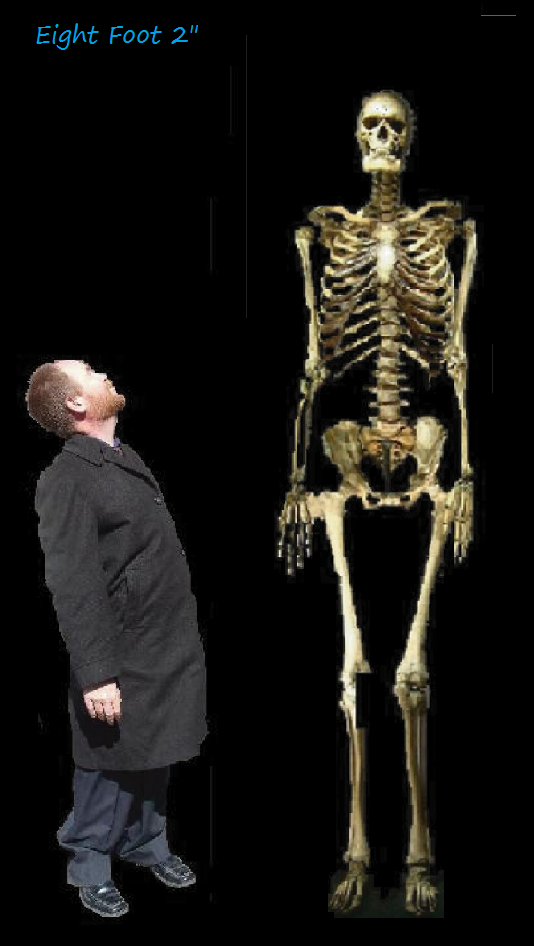 A skeleton that accurately measured 8′ 2″ in length was disturbed by General Mckean in 1822. General Mckean while digging a cellar came upon a rock surface. When he struck the rock it gave forth a hollow sound. The cap stone, or coverstone broke and fell into a vault. It was a sepulcher that was 9 feet in length and 2 and a half feet in width and two feet deep. Bradford County

A  giant skeleton lay inside it 8′ and  2″, measured by Dr Williams from Troy, Pennsylvania. The bones were soft and crumbled easily, but the teeth were sound and flawless.

There were two of these sepulchers and a grown pine tree was growing out of it that measured 3 feet in diameter which testifies that these were ancient in age.

In 1822, A careful examination of the sarcophagus revealed it flagged at the bottom, the sides artistically built up, and a flat stone laid on the top. The sarcophagus measured nine feet in length, two feet six inches in width, and two feet deep.

(this measurement was made by Dr. Williams, late of Troy, now deceased). The teeth were sound, but the bones were soft and easily broken. There were two of these sepulchers within the space of the cellars, one of which had a pine growing over it three feet in diameter.