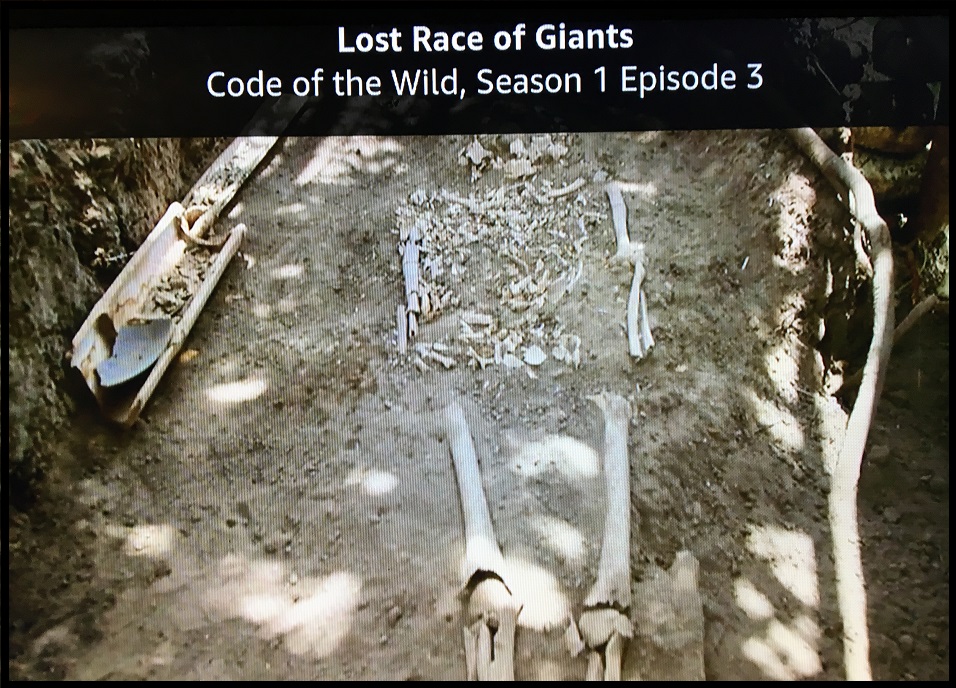 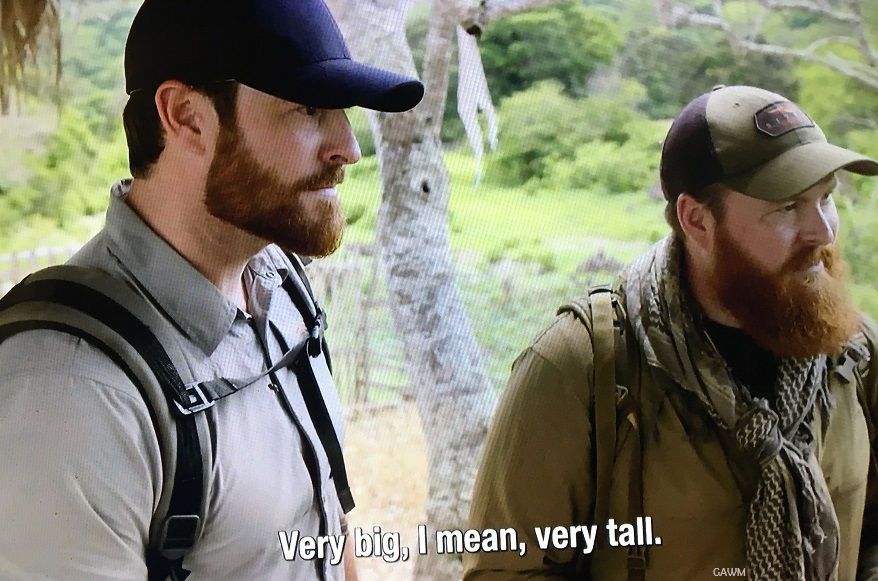 The Travel Channel series called Code of the Wild, in which hosts Casey and Chris Keefer investigate “mysteries” of exploration.

In “Lost Race of Giants” the Keefer brothers travel to Ecuador to hunt what they hope is a lost colony of giants.

The Keefer brothers enlist the former host of the History Channel’s series Search for the Lost Giants, Jim Vieira.

The Keefer brothers then travel to see the bones of the “giant” found in the town of Julcuy in the interior of Ecuador. According to Casey Keefer, the skeleton has not been fully excavated or reported in the scientific literature, which its excavators later confirm. 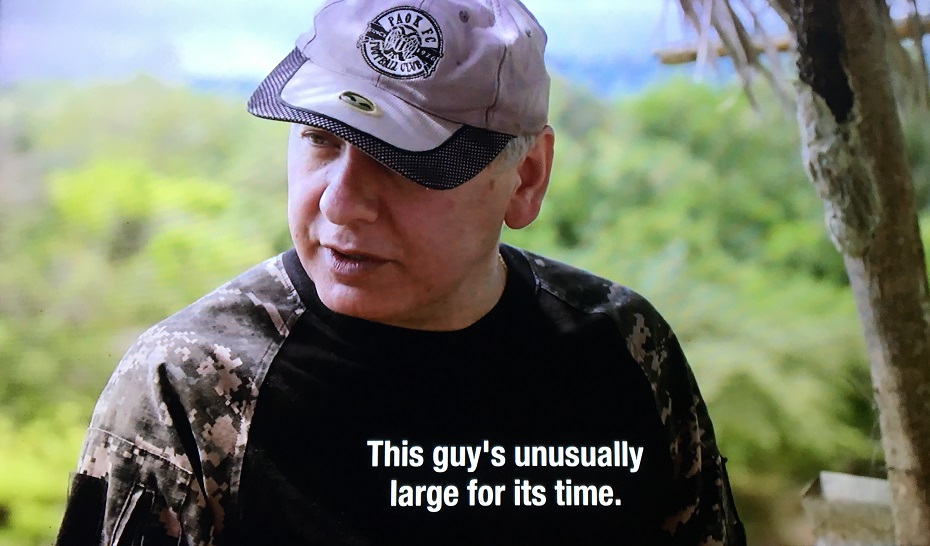 They meet with scientist Theofilos Toulkeridis, a geologist, and scientist Florencio Delgado, an archaeologist, both of the Universidad San Francisco de Quito, who tell the Keefers that they found skeletons “taller than us today. They are our first giants.”

Delgado tells them that a local man uncovered the skeleton below a Valdivian layer.

Toulkeridis estimates the height of the skeleton at seven feet,. An on-screen graphic says that the femur measured 24 inches and the tibia 21. 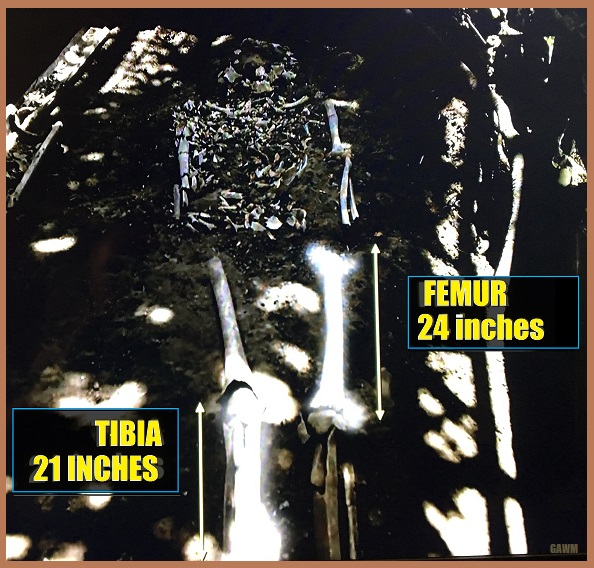 The academic regression formulas for height are hopeless.

The diseased modern giant Robert Wadlow, whom because of his disease does not represent healthy height had a femur length of 28.5 inches.

The height using the academic regression formula for Robert Wadlow’s femur would put him at 7 foot 10 inches. Wadlow was 8 foot 11 and a ¼.

So we are NOT going to use anything from academia,. Academia gets Wadlow’s measurement over a foot and an inch  wrong.

My regression formula has Robert Wadlow around 8 foot 11 and a 1/4 . Government education is poor and its science departments are worth abandonment.

It is correct for them to say that the individual was between 7 and 8 feet.   A femur that is 24 inches supports a skeleton that is 7’ 3”. The skeleton when measured properly should be 7 ‘3” . If when measured and its not 7’3” then it’s probably measured wrong.

The seven feet statement is a low safe estimate, very conservative which shows unwarranted respect to the skeptics of giants that bring all their biases.

Toulkeridis says no other giant bodies have been found … yet.

This skeleton belongs to a person that was fully mature in stature. He was an average person of that time. His height was natural as there has been no evidence of  a pituitary tumor, which is so frequent today in the crippling condition of gigantism. There is no sign of gigantism acromegaly what-so-ever.  Just a healthy human being of greater healthy stature. 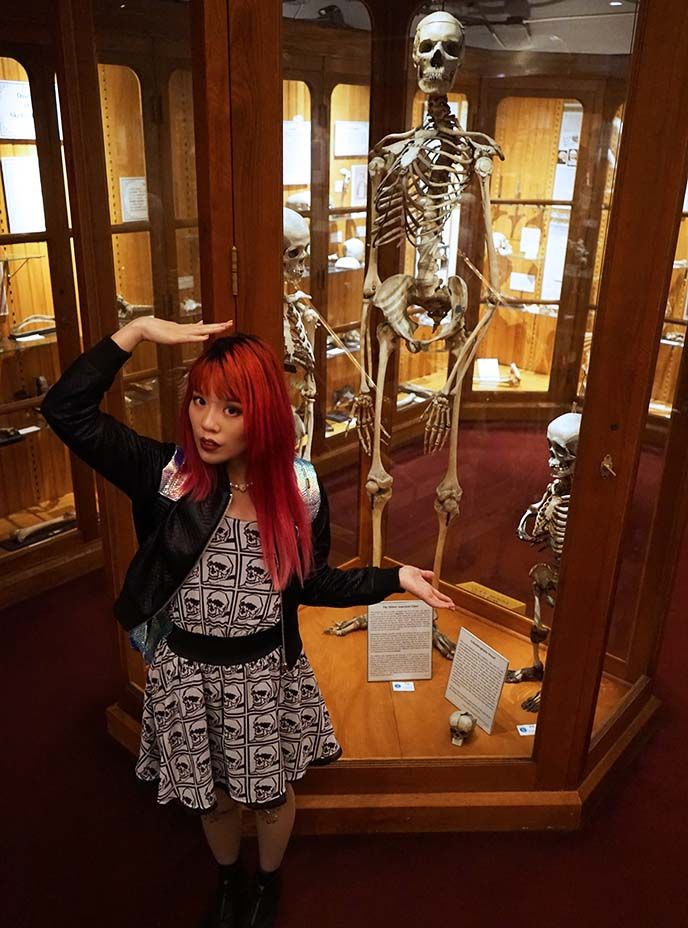 “This is the first time any show has actually had a large skeleton to show,” … far from the truth.

Currently in Philadelphia Pennsylvania  you can see  the Mutter Giant, which is 7’6”.

But the most remarkable thing about the skeleton of the American Giant is not it’s size; no, the most remarkable thing about it is how the museum came to own it… and the fact it’s original user/owner is still unknown although it is referred to as the “Kentucky Giant” which matches stories of giant skeletons pulled from Kentucky mounds. The lazy skeptics cry gigantism over and over, which is a go to word that they don’t understand when they have their back to the wall and no way out.

Gigantism is caused by a pituitary tumor and while pseudo-scientists look at a large skeleton and mislabel it gigantism because of their own shortcomings, it should be known that there is no way to recognize a oituitary tumor externally, or with the naked eye. The skulls can be x rayed, no such photos exist to give credibility to these flagrant claims. 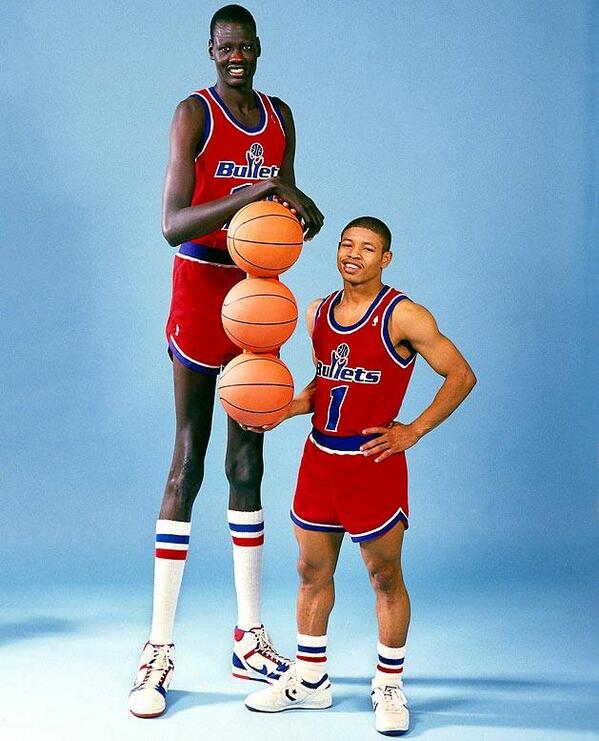 A seven foot three inch skeleton “of healthy height” does not fall in the range of modern humans.

Skeletons shrink up to 3 inches over time. Which means that this 7’3” skeleton came from a 7’6” individual when they were alive. This would make him 99.9% taller than all basketball players.

There isn’t  but two basketball players in the entire history of the league that would be taller than 7’6” that would be Gheorghe Mureșan and Manute Bol. Muresan would be 1 inch taller while Bol was only ¾ of an inch taller. (Sign him up!)

Although the length of the skeleton does not determine the size of that person in life, a person 7 foot 3 inches is still the tallest of nba players: Adding 3/8 of an inch to a 7 foot skeleton, for skin, fat, muscle, ligaments etc. would have made this skeleton 7 foot 3/8 inches, taller than any nba basketball player in the league in at least the past 3 years.

There is not one person, ( in life) that is one millimeter taller than this skeleton is in death. This skeleton fleshed out is taller than every person in the nba in the past 3 years.

So… digging through graveyards you would need to dig up 1,300,000 graves to find one modern individual that was taller than 7 feet.

Minute Bol is likely the tallest natural height for a modern human being who is 7’6” in height. If his skeleton was dug up thousands of years later his (skeleton when properly measured) would be 7 foot 3 ¾.

Manute Bol’s femur is roughly 24.9 inches in length.  I have referred to Manute Bol as the tallest example for modern humans for good reason. That reason is that his family shares his height, pituitary tumors are not  hereditary. Everyone else seems to have a height disorder with small siblings and short parents, and just hit the lottery for a tumor.

If there is anyone taller than Manute Bol that doesn’t have a tumor, I would like to know about it.