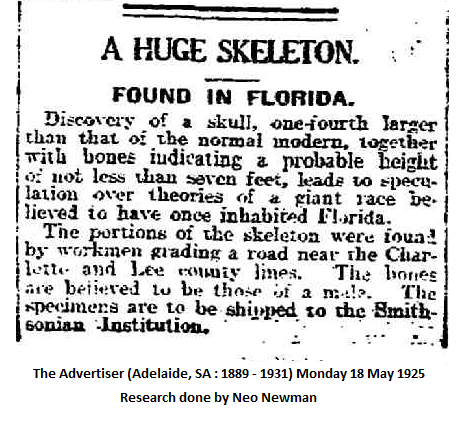 Discovery of a skull, one-fourth larger than that of the normal modern, together with the bones indicating a probable height of not less than seven feet, leads to speculation over theories of a giant race believed to have once inhabited Florida. The portions of the skeleton were found by workmen grading a road near the Charlotte and Lee county lines. The bones are believed to be those of male. The specimens are to be shipped to the Smithsonian Institution. 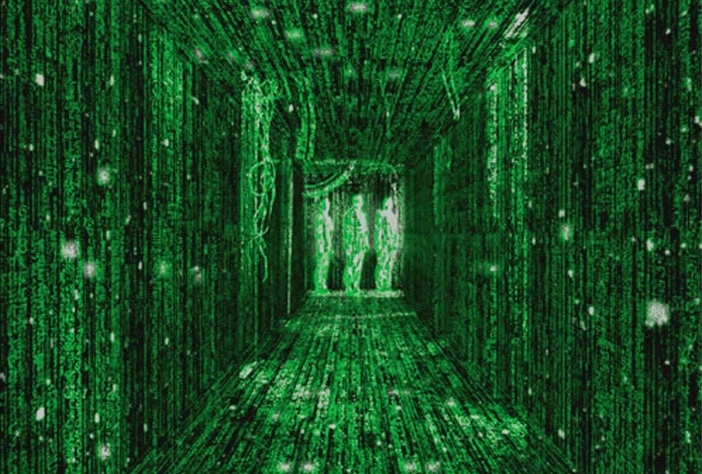 “The Smithsonian Institution aggressively acquired the remains of a vast preponderance of giants’ remains unearthed in North America. Newspaper articles from the period tell the tale. Many of these, thankfully, are published in a book by Richard Dewhurst called The Ancient Giants Who Ruled America.
The technique that Smithsonian curators used to coax people to ship the evidence to them was quite ingenious. First, the museum established itself as the anthropological authority bar none. Often, this was enough to attract flies to the “bug zapper.” And if it wasn’t, then requests were mailed by the museum, which asked to see the evidence.”

After bones and artifcacts were shipped from another museum, or from a private party, the Smithsonian then proceeded to “sit on them” for a long, long time.