CENTREBURG, Ohio, May 4,-Licking County has been fo years a favorit

e field for students of Idian history, there being here two old forts and scores of mounds. Last week a small mound near Homer was opened by some schoolboys, who found a skeleton,. Today a further search was made, and several feet below the surface of the earth in a large vault, with stone floor and bark covering, were found four 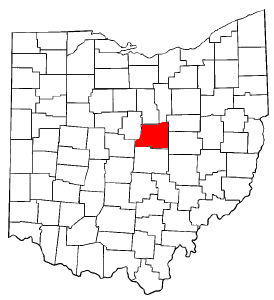 huge skeletons, three being each over seven feet in length and the other eight. The skeletons lay with their feet to the east on a bed of charcoal in which were numerous partially burned bones. About the neck of the largest skeleton were a lot of stone beads, evidently a necklace in life. The grave contained about 80 stone vessels and implements, the most striking being a curiously wrought pipe, the bowl having a series of carved figures upon it resting a contest between animals and birds. It is said to be the only engraved stone pipe ever found. A stone kettle holding about a gallon, in which was a residue of saline matter, bears evidence of much skill. Their bows, a number of arrows, stone hatchets, and a stone knife are among the implements. The knife is of peculiar shape, with a curved blade and wooden handle. Students in Indian archaeology claim that it is the most valuable find ever made in that line. 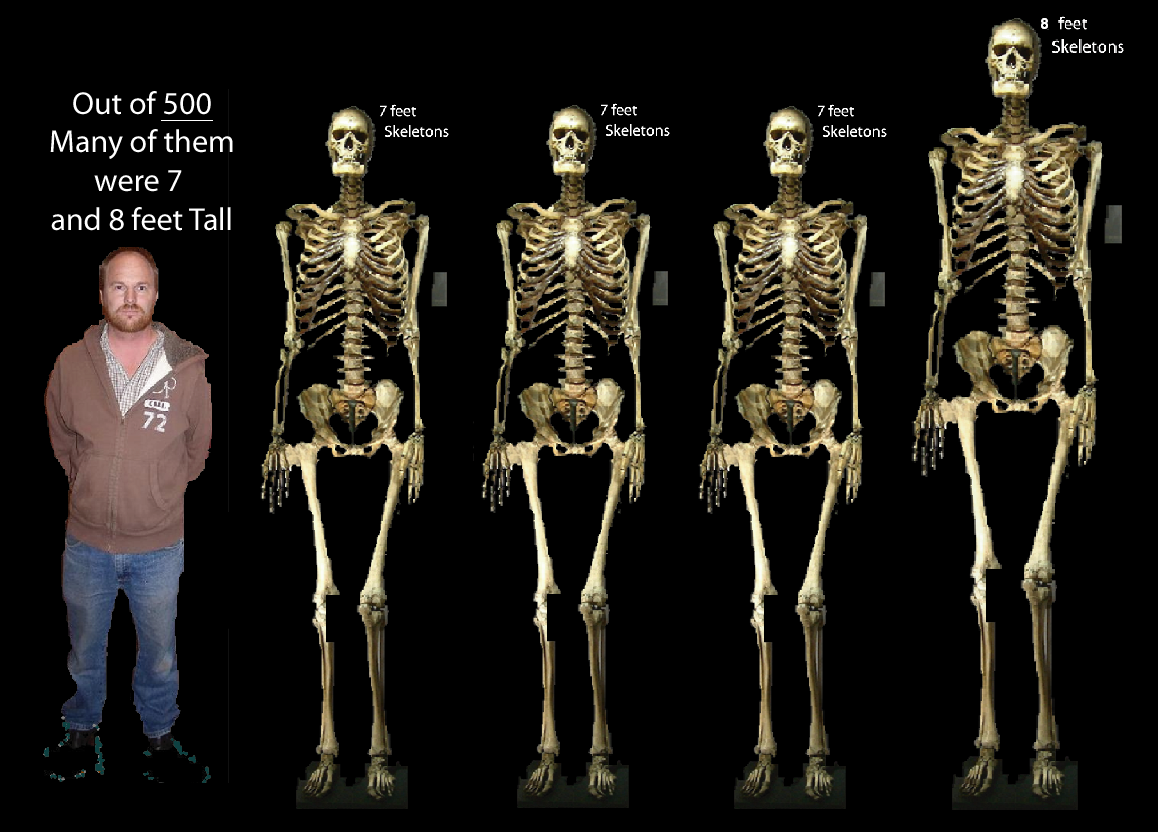 Seven footers are 1 in 2 million 300 thousand. While there are only 3 eight footers on our whole planet, 3 out of 7 billion. There should be no eight footers by academic predictions. Common ancestry would not expect this, however in Greater-Ancestry this and larger are expected.