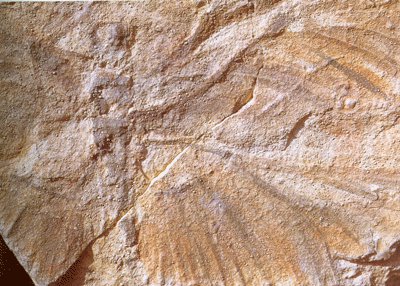 Giant Mayflies turn up in the fossil record. While participating in a debate with Creationists and evolutionists in a blog the difference in research is made apparent. The subject was from the Creationists:

The Bojophlebia prokopi of Bojophlebiidae is from the Upper Carboniferous of Europe tropical climatic zone (Kukalová-Peck 1985, 1994). The most remarkable character of this species is its gigantic body. It has 45cm wingspan the prothoracic wings are present and large, the hind wings are broader basally than the fore wings.

(I will post more on this subject at a later date)

The funny thing is Creationists and evolutionists side with stasis while devolution remains the agent of change. ~Chris Lesley