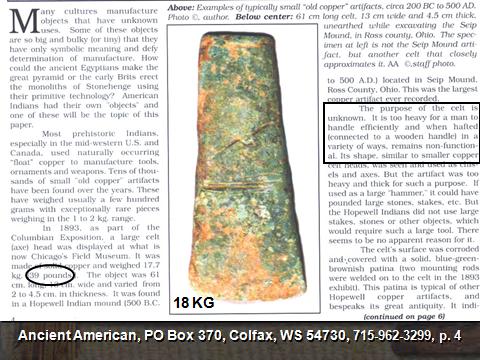 An important archaeological dig undertaken by the University of Southampton, has produced over twenty flint handaxes, including two of exceptional size and quality, which may lead to a reassessment of the level of human development in the Early Stone Age.

The dig, at a site at Cuxton in Kent, uncovered a sharply pointed 307mm handaxe – the second largest found in Britain. Preserved in almost mint condition, the handaxe displays exquisite, almost flamboyant, workmanship in addition to its extreme size. Another giant handaxe was also uncovered beside it, this time a cleaver, 179mm long by 134mm wide.

Dr Francis Wenban-Smith, who led the dig said that the find is significant because the presence of such clearly defined types of handaxe reflects deliberate design, something not previously associated with the Lower Palaeolithic period, which lasted from 600,000 to 250,000 BC in Britain.

“The sharp point, straight edges and symmetrical waist would not arrive except by design, indicating the ability to hold in the mind the idea of the intended shape, and suggesting that humans at that time were already capable of language.”

Preliminary indications are that, at 250,000 BC, this is one of the youngest handaxe sites in Europe. Changes in types of handaxe through the previous 400,000 years lead us to believe that the Lower Palaeolithic is perhaps not the period of stasis that is often suggested, but incorporates a trajectory of cultural, cognitive and behavioural development that is continued into, and through, later stages of the Palaeolithic.

After 250,000 BC, Britain becomes inhabited by people making different types of stone tool, special Levalloisian flakes produced from a distinctive core. Perhaps we are witnessing the last stand of the Acheulians, early humans who relied upon handaxes to survive, but who were replaced by people with different, and perhaps more successful tools. Alternatively perhaps the Acheulians just changed their tool-making habits, and there was no change in population.

These early humans went on hunting excursions in bands of up to a dozen, equipping themselves in advance with the handaxes they thought they would need, and returning to their lairs laden with joints of meat. The handaxes themselves would have been used to butcher meat from animal carcasses; and they also probably functioned as symbols of communication, and served to defuse tension without actual confrontation.