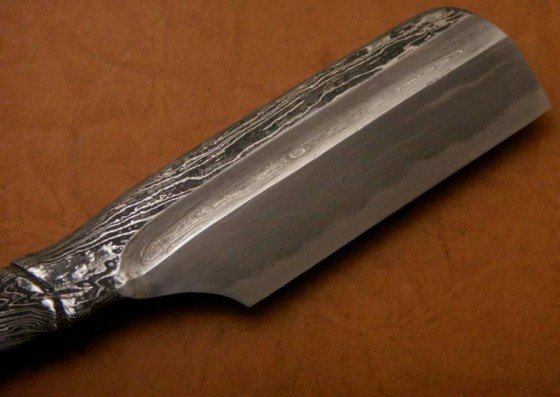 Damascus steel was an impossibly strong type of metal that was widely used in the Middle East from 1100-1700 AD. It is most famously associated with swords and knives. Blades forged with Damascus steel were known for their amazing strength and cutting ability, and were said to be able to slice rocks and other metals—including the blades of weaker swords—cleanly in half. The blades are believed to have been created using wootz steel, which was most likely imported from India and Sri Lanka and molded and blended to create a patterned blade. The special quality of the swords is thought to have derived from this process, which weaved together tough cementite and soft iron to form a metal that was as strong as it was flexible.

How was it Lost?

The particular process for forging Damascus steel appears to have disappeared sometime around 1750 AD. The exact cause for the loss of the technique is unknown, but there are several theories. The most popular is that the supply of ores needed for the special recipe for Damascus steel started running low, and sword makers were forced to develop other techniques. Another is that the whole recipe for Damascus steel—specifically the presence of carbon nanotubes—was only discovered by accident, and that sword smiths didn’t actually know the technique by heart. Instead, they would simply forge the swords en masse, and test them to determine which met the standards of Damascus steel. Whatever the technique, Damascus steel is one technology that modern experimenters have been unable to fully reproduce. There are pattern welded knives that are marketed as being made from “Damascened steel”, but while usually well made, they are only approximations of the lost technique for real Damascus steel