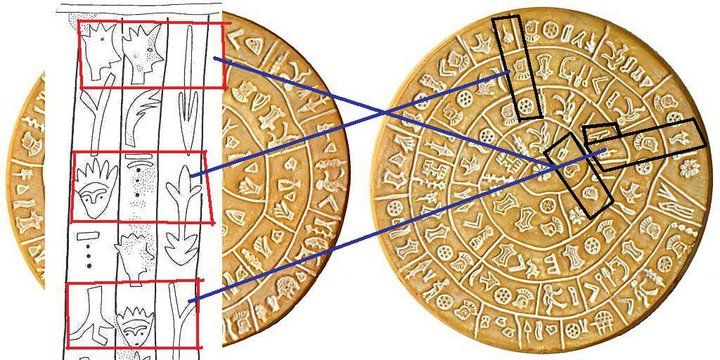 The phaistos disc is the story of the goddess harmonia and her husband the king of thebes and the battles they were involved in.

The wavy band of water is the sea between the greek islands.

The necklace of harmonia shows on the rim of thephaistos disc on both sides as a straight line of beads.

This “dividing line” was cited by Dr Jerome Eisenberg of minerva magazine as being proof the disc was a forgery.

How wrong could he be!

The two spirals are harmonia and her husband colied up because they were both turned into snakes.

The necklace of harmonia brought bad luck to its owners and to thebes for generations.

This is one of the most famous stories in greek mythology.

The female figure at the centre of one side of the disc, and in the snake’s head, is harmonia.

She was the daughter of aphrodite a – goddess of beauty and ares – god of war.

The double pipe on the disc is hephetus’ – aphrodite’s husband’s -bellows ( he was god of fire).

The triangle with dozens of tiny holes in it is the net hephestus used to catch aphrodite and ares cheating on him in.

The olive tree and vine on the disc represent greece.

There is a glyph of a man following a cow leg.Cadmus harmonia’s husband did this and founded thebes where the cow lay down.

The tooth shaped object could be the gates of thebes (there are seven holes on the shield – seven gates) the city cadmus founded.The disc is round and there are 17 round shields on the disc so it may represent the shield of Ares.The single ram glyph may be the ram sent to rescue the children of Ino’s husband from the mountain top ( Ino was cadmus’ daughter).

The glyphs may not be in an order that allows a story to be told pictorially – the story most likely is phonetic and needs translating into egyptian hieroglyphs which may have sounds that amount to minoan language or egyptian.Cadmus was famed for 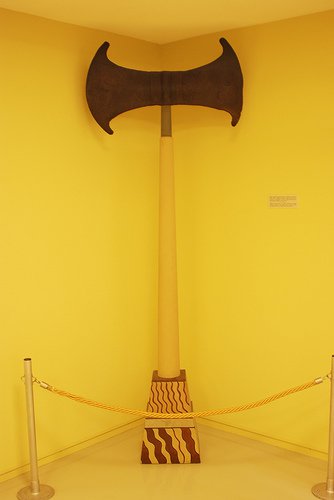 The arkalochori axe has groups of symbols from the phaistos disc on it.

And the symbols on the axe are in vertical columns like egyptian heiroglyphs. 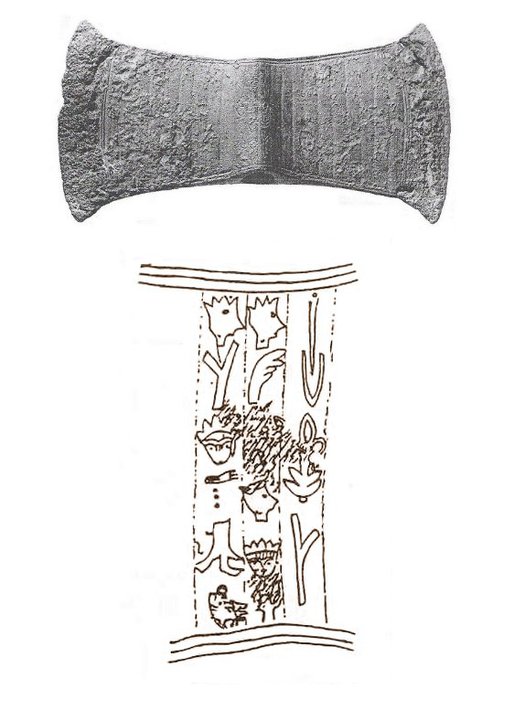 to Ares the god of war.The cave the axe was found in has three chambers and this may be significant –

there are 3 scarab glyphs on the disc too.The story on the disc is about ares and aphrodite’s daughter Harmonia

and Cadmus and the necklace of misfortune.