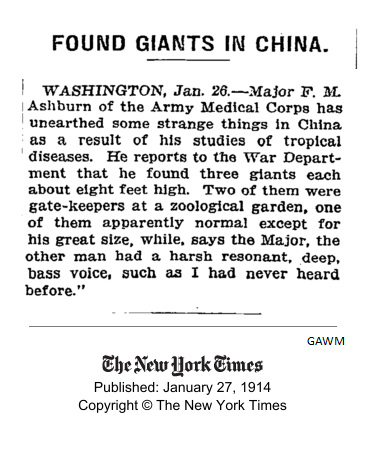 WASHINGTON, Jan. 26.-Major F. M. Ashburn of the Army Medical Corps has unearthed some strange things in China as a result of his studies of tropical diseases. He reports to the War Department that he found 3 giants each about eight feet high. Two of them were gate-keepers at the zoological garden, one of them apparently normal except for his great size, while, says the Major, the other man had a harsh resonant, deep, bass voice, such as I had never heard before.”