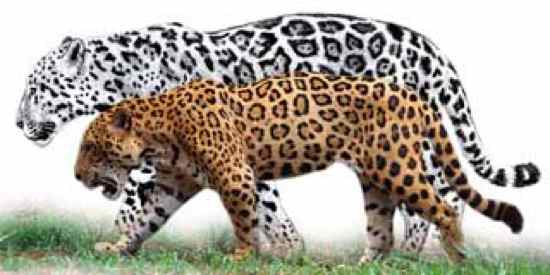 Jaguars today are rather smallish cats if compared to lions or tigers;they usually average 60-100 kgs (132-220lbs), and the largest males (recorded from South America) were around 150 kgs (330lbs), about the size of an African lioness.

In prehistoric times, however, both North and South America were home

belonging to the same species as modern day jags (Panthera onca) but much bigger.

These giant jaguars also had longer limbs and tails than jaguars living today;

were about the size of a fully grown lion or tiger,

and were probably several times stronger,

with a much stronger bite.

There are two subspecies of prehistoric giant jaguars known to date; Panthera onca augusta, from North America, and Panthera onca messembrina, from South America (also known as the Patagonian panther).