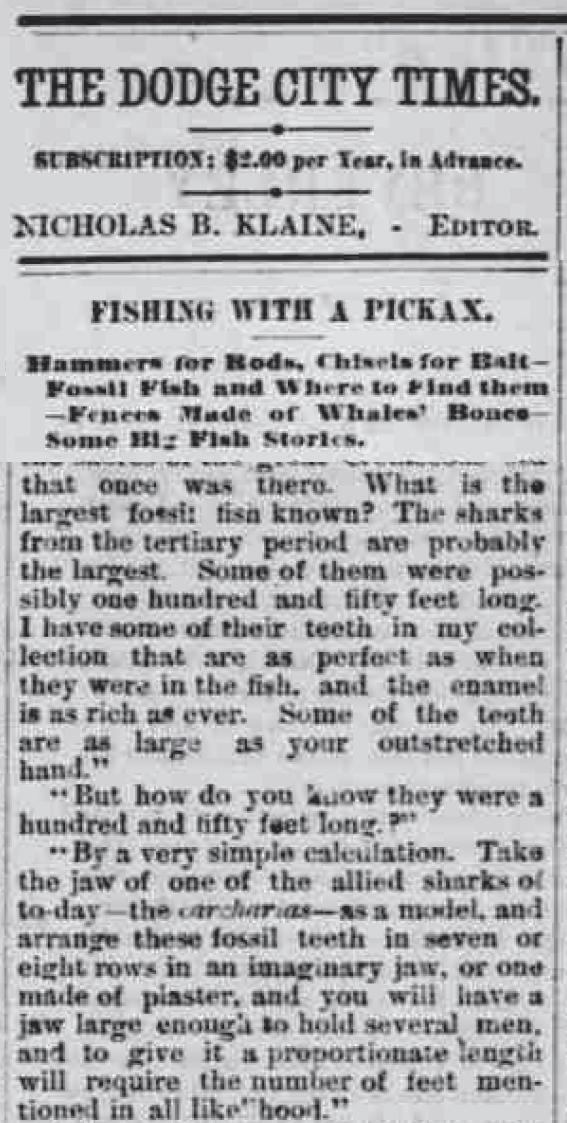 FISHING WITH A PICKAX.
Hammer for Rod, chisels for Bait
Fossil Fish and Where to Find them
Fences Made of Whales’ Bones Some
Big Fish Stories.

What is the largest
fossil known? The sharks
from tertiary period are probably
the largest. Some. of them where possibly
one hundred and fifty feet long.

I have their teeth in my collection that are as perfect

as when they were in the fish,

and the enamel as rich as ever.

Some of the teeth are as large as your outstretched hand.

“But how do you know that they were a hundred and fifty feet long?”

the jaw of one of the allied sharks of
to-da- y the curclmrios as a model, aud
arrange these fossil teeth in seven or
eight rows in an imaginary jaw, or one
made of plaster, and you will have a
jaw largo enough to hold several men,
and to give it a proportionate length
will roquiro the number of feet men
tioned in all likelihood.”