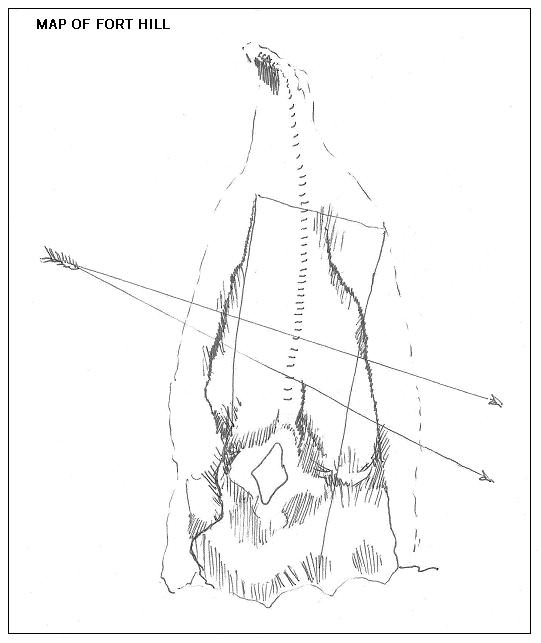 Giant skeletons found at Fort Hill. larger larger
These skeletons belonged to people that were stronger and more powerful than today’s descendants. They were bigger, better, faster, stronger, and smarter than ourselves. larger
The skeletons were more robust, had more muscle connections to the bones and in general were one third larger. One example was a humerus and shoulder bone, this bone was one third larger than today’s weaker descendants. No human living possess such a great frame today. Thomas T. Everett, a foreigner, not a us citizen but a resident of Batvaria had in his possession at the time a jaw bone larger than any “modern” jaw. (one third larger) . This was found in the area of Le Roy, 2 years after the excavation. The excavation was done in and around Auburn New York, the fort was chose to give a great military advantage, its previous occupants of giant humans used it in the same manner.
~Chris L Lesley
Notes on the Iroquois, Henry R. Schoolcraft, 1847
Fritz Zimmerman: The Nephilim Chronicles, Angels in the Ohio Valley.