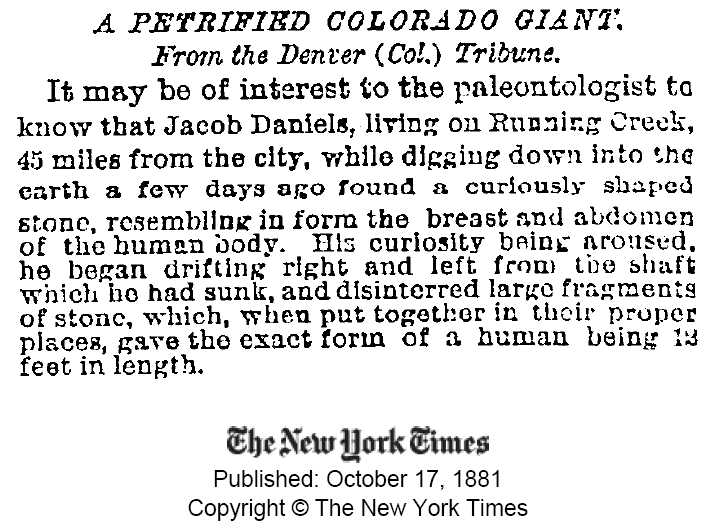 It may be of interest to the paleontologist to know that Jacob Daniels, living on Running Creek, 45 miles from the city, while digging down into the earth a few days ago found a curiously shaped stone, resembling in form the breast and abdomen of the human body. His curiousity being aroused, he began drifting to the right and the left from the shaft which he had sunk, and disinterred large fragments of stone, which gave the exact form of a human being 12 foot in length.
From the Denver Colorado Tribune